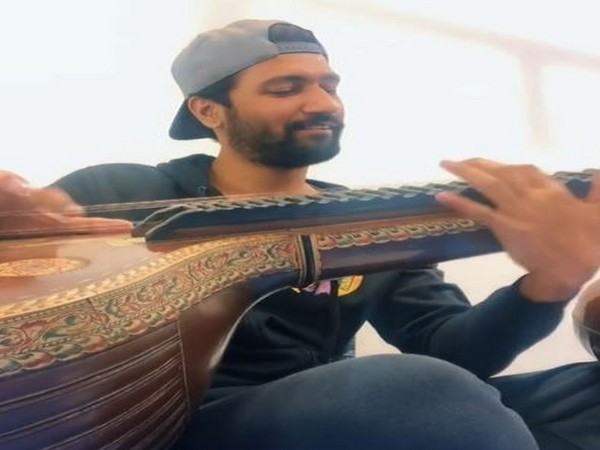 New Delhi [India], August 17 (ANI): Two days after introducing his fans to his talent of playing 'sitar', actor Vicky Kaushal treated his fans to yet another video of himself playing the musical instrument.
He took to Instagram to share a video on Monday, where he is seen practicing 'Raah Yaman' on the Indian classical instrument with a smile on his face.
"Another one from the lot... an attempt at Raag Yaman. Miss these sessions..#SaraswatiVeena," he wrote in the caption, while seated in an all-black look which he completed with a grey coloured cap.
The post received appreciation from the 'Masaan' actor's fans with many applauding him for his musical talent.
Earlier on Independence Day, the 'Raazi' actor played 'Ae Watan' on sitar and surprised his fans with his newly revealed talent. (ANI)