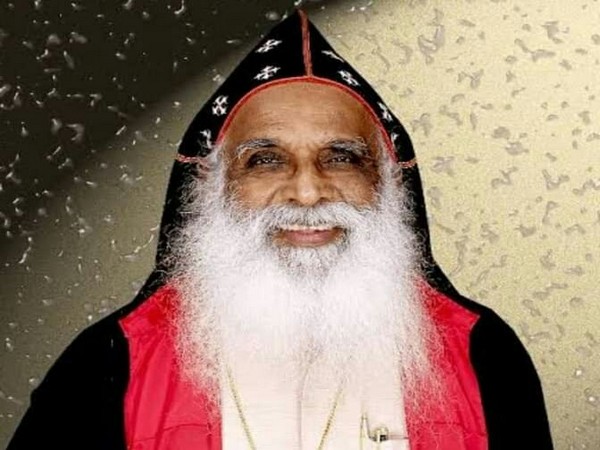 New Delhi [India], October 18 (ANI): Vice President of India, M Venkaiah Naidu, paid his tributes to Dr Joseph Mar Thoma Metropolitan, head of the Mar Thoma Church, who passed away in Thiruvalla on Sunday.
The vice president took to social media and wrote, "Saddened by the passing away of His Grace The Most Rev. Dr Joseph Mar Thoma Metropolitan. He was an embodiment of selfless service, kindness and compassion. He strove relentlessly for the uplift the poor and downtrodden. His work will always remain an inspiration to everyone."
Kerala Chief Minister Pinarayi Vijayan and Governor Arif Mohammed Khan also paid their tributes to the religious leader.
In his condolence message, Vijayan said that Joseph Mar Thoma Metropolitan worked for the welfare of the homeless and marginalised people in the society.
"An example of this is his involvement in rehabilitating Mumbai Red Street children and bringing transgender people into the mainstream. He travelled throughout the country to help those affected by natural disasters, such as floods and earthquakes," he said
"Even when Kerala was hit by the tsunami and the catastrophic floods, the metropolitan was at the forefront with a helping hand. His demise is a great loss not only to the Church but to the entire society," he added.
Kerala Governor Arif Mohammed Khan offered his condolences to the religious leader, stating that "I am deeply grieved by the demise of His Grace Most Rev. Dr Joseph Mar Thoma Metropolitan of the Mar Thoma Church. His service to humanity, especially to the marginalised will be remembered. My condolence," as per an official release from the Governor's office.
Dr Joseph Mar Thoma Metropolitan was 90 years old. (ANI)

IPL 13: It was do-or-die game for us, says Tewatia after win against KXIP