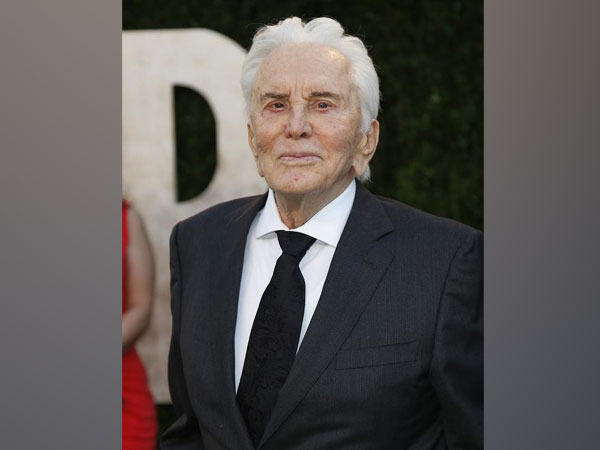 Washington D.C. [USA], Feb 7 (ANI): This year’s Academy Award’s ‘In Memoriam’ section will feature Kirk Douglas. His demise at the age of 103 on Wednesday led to overwhelming tributes from the Hollywood film fraternity.
As per Variety, the tributes resulted in end moment edits to the “in memoriam” package, which had been completed earlier but was re-edited to incorporate the screen icon.
However, it is not clear yet if the Oscars will have any other tributes to one of the golden era Hollywood members.
Given Douglas’ stature in the industry, it didn’t come as a surprise that the Academy modified the “in memoriam” section to include the veteran actor. But, in the past, the organisation has faced blowback for failing to include major filmmakers and performers in its list of the departed.
In 2019, the Oscars were criticised for ignoring “Singin’ in the Rain” director Stanley Donen, Oscar-nominee Sondra Locke, and Oscar-nominee Carol Channing in the “in memoriam” reel. (ANI)