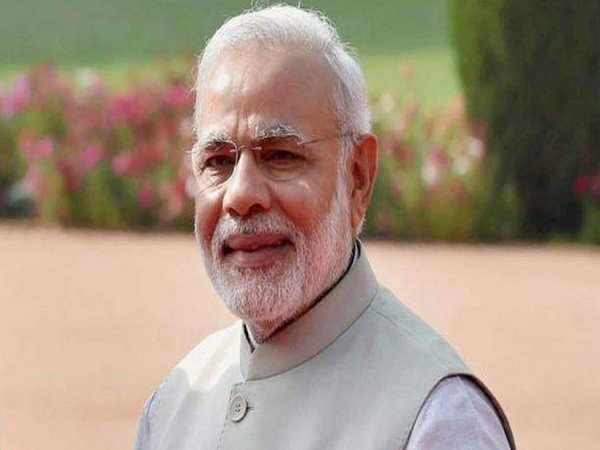 New Delhi [India], August 15 (ANI): As the country celebrated 74th Independence Day on Saturday, Prime Minister Narendra Modi lauded the Music Composers Association of India (MCAI) for their "soulful" tribute to the nation with a new version of India's National Song - Vande Mataram.
The Prime Minister took to Twitter to share the video of the song tweeted by music composer Somesh Mathur and urged the countrymen to watch the soul-stirring patriotic track.
"Vande Mataram! A passionate and soulful tribute to our great nation, by a group of artistes and film personalities. Do watch," PM Modi tweeted. 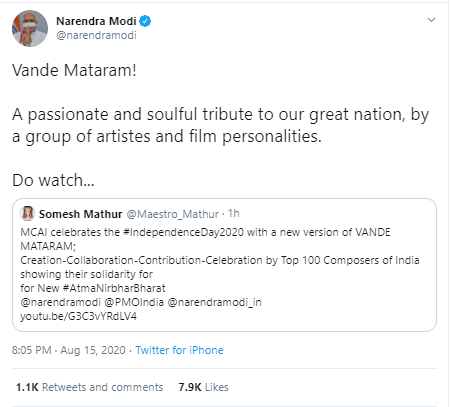 The song has been composed and sung by some of the senior-most and celebrated musicians of the country like Anup Jalota, Lalit Pandit, Kailash Kher, Adnan Sami, Daler Mehndi, Bappi Lahiri, Shaan, Ram Sampat, and Shankar Mahadevan among others.
The video of the song begins with the sight of the great Himalayan range, followed by some of the iconic places and monuments like India Gate, Taj Mahal, Jama Masjid, Ganga Ghats etc.
As the video proceeds, it features the collaborating musicians singing to the rhythm of the track while others are seen composing the music on their instruments.
The video ends with the message of creating a new 'Atmanirbhar Bharat' or self-reliant India together.
"Aao badhaayein haath aur mil kar saath saath sur se sur milaakr ek naye atmanirbhar bharat ka nirmaan karein," a musician said in the background.
The new track. which is created by the top 100 music composers of the country, is being promoted as their solidarity for the view of the new 'Atmanirbhar Bharat' or self-reliant India. (ANI)