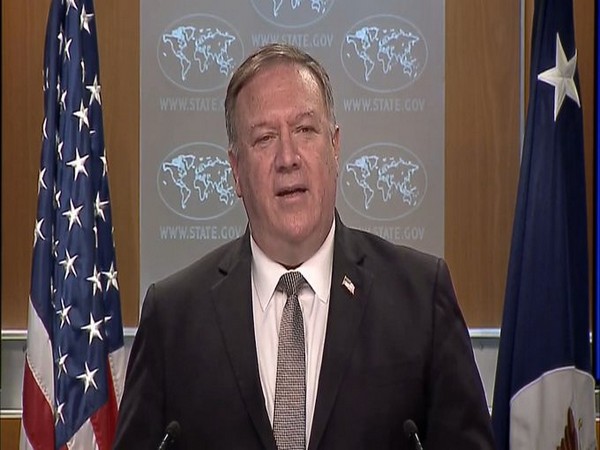 Washington [USA], July 15 (ANI): The United States understands the risks emanating from the Chinese telecommunication infrastructure in India, which forced the recent decision to ban Chinese apps, said US Secretary of State Michael Pompeo on Wednesday.
"India has been a great partner of the US. I am going to speak to the US India Business Council here in a couple of hours. They are an important partner of the US. We share a great relationship with my Indian Foreign Minister (S Jaishankar) counterpart," Pompeo said at a press briefing.
He further said, "India and the US have had held several discussions about a broad range of issues, including the border conflict with China. We have also talked about the risks emanating from the presence of the Chinese telecommunications infrastructure in a country. It is these risks which led to India imposing ban on Chinese apps."
"I think the whole world is joining hands to face the challenge that we face. It is the democratic nations which will win these challenges. I am confident," Pompeo stated.
Slamming China for retaliating US sanctions over Xinjiang issue, the top diplomat said, "I heard that China is using tit-for-tat policy after the US imposed sanctions on the Chinese envoys involved in atrocities on Xinjiang. I would like to tell them that this is not some tit-for-tat exchanges. America is standing up for its own people in the world." (ANI)