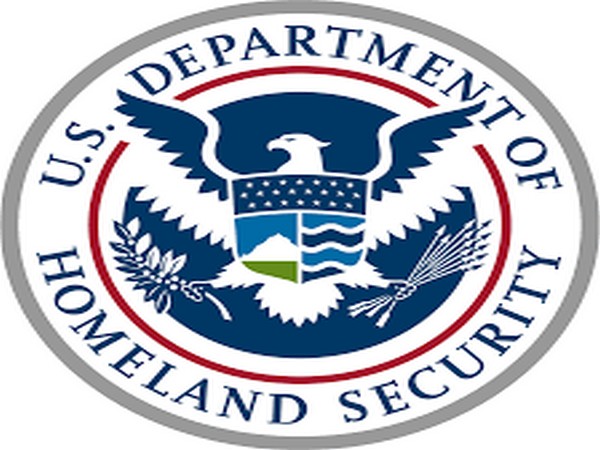 Washington DC [USA], July 25 (ANI): Amid growing Chinese threat to the US, the Department of Homeland Security (DHS) has inaugurated China Working Group whose purpose is to articulate, prioritise and coordinate the department's response to evolving threats by the Chinese Communist Party (CCP).
"The Chinese threat is intensifying at an alarming rate through CCP's malign activity in the trade, cybersecurity, immigration, and intellectual property domains," Acting Secretary Homeland Security Chad F Wolf said at the inaugural meeting.
He said, "Consistent with President (Donald) Trump's leadership and direction, DHS is at the forefront of combating these threats to the Homeland and our way of life. The department's role in curbing China's malign activity has never been more important nor timely. DHS's newly-established China Working Group will prioritise, coordinate, and articulate decisive near- and long-term actions commensurate with the threat we face."
The Working Group will be cementing the department's role of working on the frontlines to protect the US from CCP's systematic campaign to undermine "our economic prosperity, national security, and fundamental freedoms," Wolf said.
In the backdrop of rising US-China tensions, Secretary of State Michael Pompeo on Thursday (local time) said that "distrust and verify" will be the new approach by Washington with regard to its dealing with Beijing.
He called on countries to pressurise the Chinese Communist Party (CCP) to change its behaviour in more "creative and assertive ways".
"The only way to truly change communist China is to act on the basis of what its leaders do, not what they say. (Former) President (Ronald) Reagan dealt with the Soviets on the basis of 'trust but verify.' When it comes to the CCP, I say, 'Distrust and verify'," Pompeo said while speaking on 'Communist China and the Free World's Future' at Richard Nixon Presidential Library in Yorba Linda, California. (ANI)