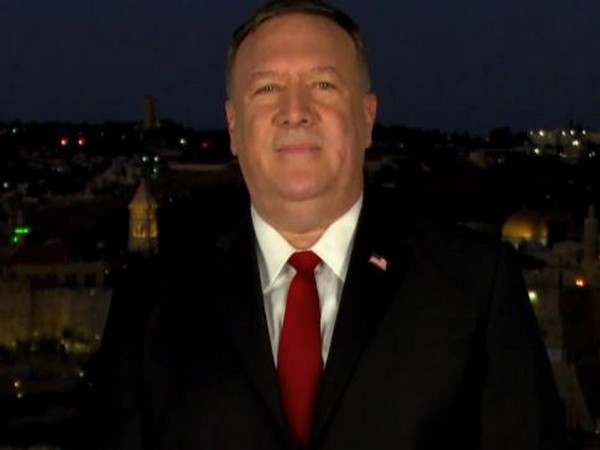 Washington [US], November 3 (ANI): US Secretary of State Michael Pompeo on Tuesday condemned the Vienna terror attack.
Pompeo said his 'deepest sympathy' lies with the 'families killed and wounded'.
"The US strongly condemns the terrorist attack in Vienna. We express our deepest sympathy to the families of those killed and wounded. We affirm our support for the police and first responders, and stand in solidarity with the people of Austria," tweeted Pompeo.
A group of unidentified persons carried out a series of attacks with shooting in downtown Vienna killing two people.
According to law enforcement, several people were seriously wounded, including a policeman, one attacker was neutralised, and at least one more attacker is being sought.
The attacks, in particular, targeted a synagogue, according to media reports. Austrian Chancellor Sebastian Kurz said the incident was a terrorist act. (ANI)