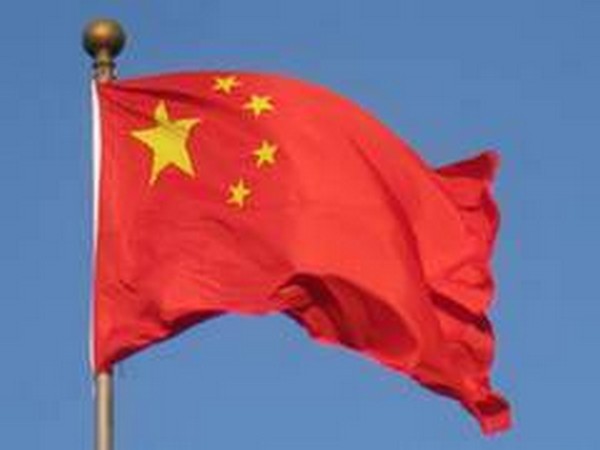 Hong Kong, June 14 (ANI): The United States decision to punish China for new security legislation that tightens its grip on Hong Kong may result in worsening of Beijing's US dollar shortage, say analysts.
Recently, US President Donald Trump announced a slew of measures to reflect the increased danger of surveillance and punishment by the Chinese Security Apparatus.
This came a day after China's parliament passed the proposal to impose a new national security law in Hong Kong.
According to a report by South China Morning Post, analysts believe there is potential for increasing restrictions to reduce financial and trade ties with China, gradually choking off the supply of US dollars in China.
Michael Every, the Asia-Pacific senior strategist at Rabobank, said if US decided to imposed sanctions on individuals and companies who have violated human rights under the Hong Kong Human Rights and Democracy Act, a key question would be whether large, globally interconnected Chinese banks conducting business with those individuals would then be subject to the same sanctions.
"Either China has to ensure that dollars keep flowing or the globalised dollar world excludes China, which is equivalent of putting a 'bamboo curtain' around the country," said Every, a play on the Cold War term the Iron Curtain that described the separation of the free capitalist world and the Communist states of the Soviet Union and Eastern Europe.
The shock wave caused by the coronavirus has created an acute need for US dollars in China to pay for its massive imports and payments on US dollar-denominated debt
China's US dollar shortage may still worsen further as the US-China trade war moves ahead, with many analysts expecting China to shift to a near-zero trade balance over the medium term.
US banks accounted for 19 per cent of investment banking fees booked in Hong Kong last year, or about US$309.8 million, according to data provider Refinitiv.
Chinese lawmakers put forward a bill during an annual session last month that seeks to criminalise acts of secession, subversion and disrespect of Chinese national emblems, flags and the anthem.
The bill has sparked domestic protests and was received with international criticism despite both Beijing and Hong Kong's leadership maintaining that they have the full right to implement the legislation.
The legislation has sparked fears that it would undermine the principle of "one country, two systems", eventually leading to erosion of Hong Kong's autonomy as stated under the Sino-British joint declaration of 1997.
The Sino-British joint declaration on the question of Hong Kong was signed in Beijing on December 19, 1984, by the Prime Ministers of China and Britain, Zhao Ziyang and Margaret Thatcher. The two governments agreed that China would reassume control of Hong Kong from July 1, 1997.
The main body of the treaty has eight articles and three annexes and it states that China's basic policies regarding Hong Kong "will remain unchanged for 50 years", including the promise that the city would retain a high degree of autonomy.
The move has also seemed to have affected China's ties with the UK. The country has slammed the move.
Last month, the US, UK, Canada and Australia expressed "deep concern" over China's decision to impose national security law in Hong Kong, saying the move would undermine the "one country, two systems".
In a joint statement, the four countries said that direct imposition of national security legislation on Hong Kong by the Beijing authorities, rather than through Hong Kong's own institutions as provided for under Article 23 of the Basic Law, "would curtail the Hong Kong people's liberties, and in doing so, dramatically erode Hong Kong's autonomy and the system that made it so prosperous". (ANI)