Skip to content
Home  »  World   »   US Presidential debate: Biden’s focus will be on plans to recover from COVID, re-build economy, says Sabrina Singh 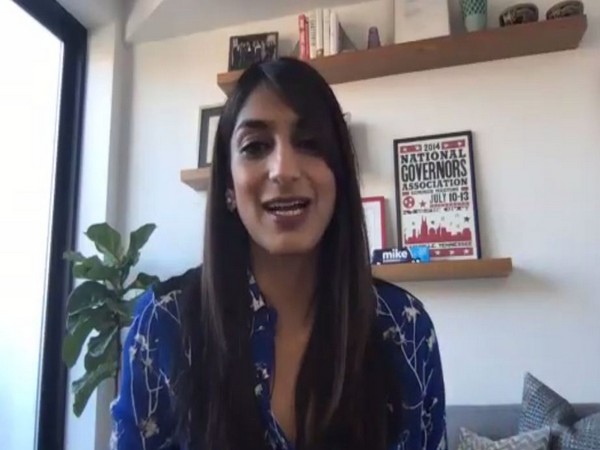 Washington [US], October 23 (ANI): Sabrina Singh, US Press Secretary to Senator Kamala Harris, on Thursday (local time) said that Democratic Presential candidate Joe Biden's focus during the final debate will be on his plans to recover from the COVID-19 pandemic and re-build the country's economy.
In an exclusive interview with ANI, Singh said that during the upcoming final Presidential debate Biden's focus will be on "why he is the best person to not only get through this pandemic but also bring our country and build back better when we get through this pandemic."
"We have a vision where there are hope and opportunity. Meanwhile, on the other side is Donald Trump who has been consistent in sowing division and hate in this country. I think the Americans are tired of that and so I think you are really gonna hear the former Vice President tonight make the case to the American people directly on why his path be the best one to see our country through this multi crisis that you are raising," she said.
She further said that unlike Trump, Biden will hold Vladimir Putin accountable who has continued to "undermine the present 2020 elections".
"You [Donald Trump] cannot criticise what Vladimir Putin has done. Putin has not only sown discord in the 2016 elections but he is continuing to undermine our 2020 elections today. Joe Biden is going to hold someone like Vladimir Putin accountable and that is not something that we have seen with Donald Trump. On contrary, we have seen someone like him [Trump] cozy up to Putin and that's extremely disturbing. Certainly, very different leadership under a Biden-Harris administration," she said.
On being asked about President Trump's biggest failures as POTUS, Singh highlighted the mishandling of the COVID-19 pandemic in the country, stating that the President was not transparent with the people that resulted in the surge in both coronavirus cases and deaths due to the virus.
Singh further said, "This entire crisis has highlighted how the Trump administration, Donald Trump himself, is not only going to be transparent with the American people but also that they are not equipped to do the job."
"We do not have a plan to contact testing and tracing. If a vaccine is finally found, we as citizens, do not know the manner in which the COVID-19 vaccine will be available to us. We have no plan on how to distribute the vaccine," she added.
Drawing comparison between the upcoming Presidential elections and the previous 2016 US Presidential polls, Singh said that "the voters in Florida and Georgia and Nevada are surpassing some of their numbers at this time from 2016 as they are excited to participate in the opportunity to really make their voices heard".
"Donald Trump might not want to accept the results of the election but that is just too bad because the American people are the ones that decide the fate and outcome of who is elected in the White House in 2020," she said.
Responding to the continuous attacks on Vice Presidential nominee Kamala Harris, the Press Secretary said, "She is so strong, and it does not register with her she's heard it before. People are gonna make you know completely, whether it's sexist or racist comments."
The final presidential debate will be held at Belmont University in Nashville at 9 PM on Thursday (local time) and will be moderated by NBC News' Kristen Welker. (ANI)