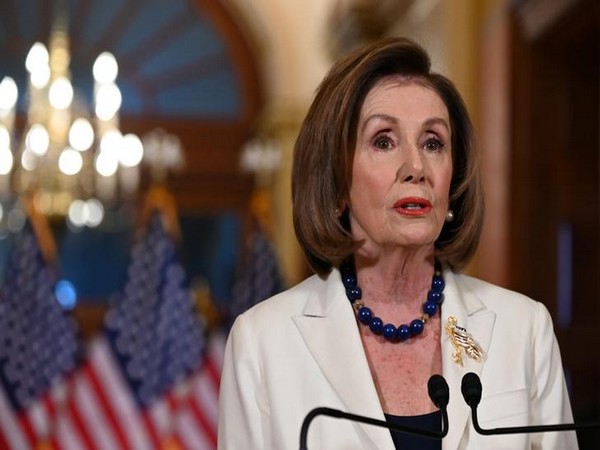 Washington [US], November 19 (ANI): The United States House of Representatives has passed two resolutions condemning China's actions in Tibet and Hong Kong, said House Speaker Nancy Pelosi.
Taking to Twitter, Pelosi said, "Today (on Wednesday), the House sent a strong message with the passage of resolutions calling for the end of China's human rights abuses. The House on a bipartisan basis will always fight for freedom of religion & culture in Tibet and for the rule of law in Hong Kong."
According to the Hong Kong resolution, "[US House] condemns the action by the People's Republic of China's National People's Congress to advance national security legislation for Hong Kong through irregular procedures, which constitutes a violation of the letter and spirit of the Joint Declaration [of China and the UK on Hong Kong], and the Basic Law which is the implementing document of the Joint Declaration."
While condemning Beijing's actions, Sputnik quoted the US lawmakers as saying, "The international community stands in solidarity with the people of Hong Kong, who face "grave threats "to their rights and freedoms."
According to a report by Sputnik, the second resolution underscored the need to hold Chinese officials responsible for religious freedom abuses targeting Tibetan Buddhists.
The resolution further said that the lawmakers have supported the efforts of Dalai Lama and the Tibetan leadership in their fight to achieve autonomy through negotiations, the resolution said.
Both non-binding resolutions have been adopted by voice vote, Sputnik reported.
The US, time and again, has expressed concerns with the People's Republic of China's repression of the Tibetan community and severe restrictions on Tibetans' religious freedom and cultural traditions within China. (ANI)