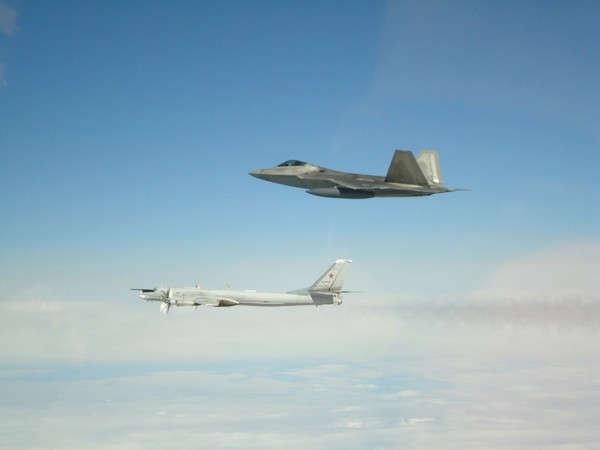 Washington DC [USA], June 28 (ANI): The North American Aerospace Defence Command (NORAD) F-22s intercepted two Russian IL-38 maritime patrol aircraft entering the Alaskan Air Defence Identification Zone (ADIZ) in the late hours of June 24.
The Russian aircraft came within 50 miles of Unimak Island along the Aleutian island chain, spending approximately four hours in the ADIZ before exiting, the command said in a statement.
"The IL-38s remained in international airspace and at no time did the aircraft enter the United States or Canadian sovereign airspace," it stated.
NORAD employs a layered defence network of radars, satellites and fighter aircraft to identify aircraft and determine the appropriate response.
"The identification and monitoring of aircraft entering a US or Canadian ADIZ demonstrates how NORAD executes its aerospace warning and aerospace control missions for the United States and Canada," NORAD said.
"For the fifth time this month, NORAD has demonstrated our readiness and ability to defend the homeland by intercepting Russian military aircraft entering our Air Defence Identification Zone," said General Terrence J O'Shaughnessy, NORAD Commander.
"The mission assurance measures we are taking to protect our people ensure that we are meeting the challenges and operating through the COVID-19 environment to defend our nations, just as NORAD forces have for more than 60 years," O'Shaughnessy added.
Operation Noble Eagle is the name given to all air sovereignty and air defence missions in North America.
NORAD is a binational command focused on the defence of both the US and Canada. The response to potential aerospace threats does not distinguish between the two nations and draws on forces from both countries. (ANI)