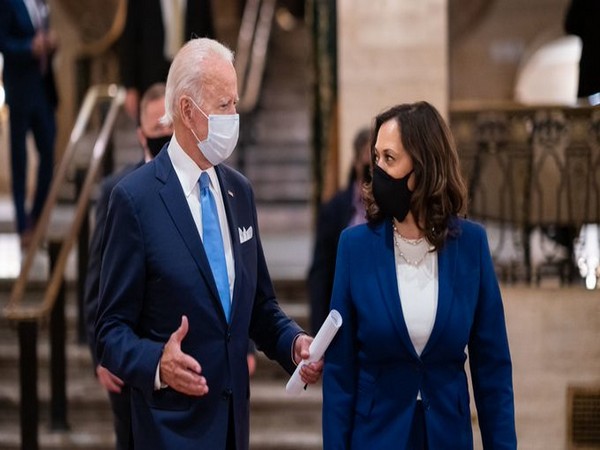 Washington [US], November 14 (ANI): US President-elect Joe Biden on Friday won the states of Arizona and Georgia which takes the final electoral tally of the US election projected as 306 electoral college votes for the Democrat and 232 for Republican Donald Trump, who won North Carolina.
The results were announced by the New York Times, CNN and other networks with the two final states being called on Friday, a week and a half after Election Day.
Biden's victory in Georgia has added 16 electoral votes to his tally, bringing him to 306. The situation is an exact flip of the 2016 elections when Donald Trump won 306 electoral votes while the then Democrat candidate Hillary Clinton won 232
As many as five states -- Georgia, Arizona, Michigan, Pennsylvania and Wisconsin -- where Trump had won in 2016 had this year flipped towards Biden. However, Trump could not flip any states this year.
According to a report by CNN, the former vice president is the first Democratic nominee to triumph in Georgia since Bill Clinton did so in the year 1992.
NYT reports that Biden's margin in Georgia currently stands at just over 14,000 votes, or 0.28 percentage points, with nearly all of the ballots counted and Trump's margin in North Carolina is more than 73,000 votes, or 1.3 percentage points.
Biden, in his third attempt at the White House, defeated Trump in a closely contested election to become the 46th president of the United States.
The former vice president was declared the President-elect after victory in the battleground state of Pennsylvania, which took him past the electoral college threshold of 270 votes.
However, Trump refused to concede defeat, saying that the election was "far from over", and promised legal challenges by his re-election campaign. (ANI)