Skip to content
Home  »  World   »   US economy seems to recover as people head back to shops, restaurants 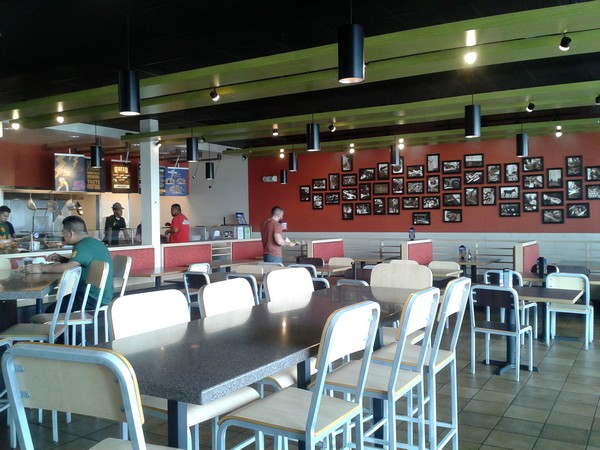 Washington DC [USA], May 18 (ANI): The US economy, which hit the bottom due to the damage wrought by the coronavirus, showed the first stirrings of recovery as Americans headed back to shops and restaurants over the weekend, trying to recapture routines, the outbreak had forced them to abandon two months ago.
The staggered commercial reopening is playing out amid hopes that warmer weather will contribute to a further easing in the spread of coronavirus, The Washington Post reported.
Though states accounting for roughly one-third of the USD 21 trillion US economy remain largely closed, real-time indicators of business activity predict a clear sign of climbing back, according to Goldman Sachs.
In South Carolina, restaurant reservations on Friday were down 69 per cent from one year ago, an improvement over the 100 per cent year-over-year decline on May 3, according to the OpenTable online network.
Restaurants in Arizona, Texas, Oklahoma and Tennessee also reported the return of a significant number of diners.
Likewise, requests for driving directions on Apple Maps and gasoline demand have risen, according to Ryan Sweet, senior director at Moody's Analytics.
Such reports suggest the worst may be over for the economic plunge that began in March, some economists told the Post.
First-time claims for unemployment insurance fell by 195,000 last week, though they remained exceptionally high at nearly 3 million. There were indications in the Labour Department data that some furloughed workers could be returning to work, according to Barclays.
"These could be early signs that the gradual recovery we anticipate in (the second half of this year) is beginning to take shape," Barclays economists wrote in a research note.
Consumers began tiptoeing back into the marketplaces even before state governors relaxed their stay-at-home orders. Progress toward an economic rebound depends more on people's confidence that it is safe to venture out than what the government dictates.
Total economic activity has increased "only slightly faster" in states that have officially reopened, Goldman said, though the improvement is more noticeable for specific businesses such as retail outlets and restaurants.
However, the US' battered economy faces an uncertain and protracted convalescence. Barclays said that the second quarter will likely see the economy contract at an annual rate of 40 per cent, a stunning figure that exaggerates the epic decline because it assumes the three-month plummet will continue for the full year. Most economists anticipate a rebound in the second half of 2020.
Experts suggest that the situation in China, where the global pandemic is believed to have originated last December, may offer a road map for what the US can expect as it reopens. As Chinese authorities gradually loosened restrictions on freedom of movement, factories have returned to normal more quickly than have businesses with significant face-to-face customer contact.
China's industrial production increased in April, exceeding expectations, Barclays said. But service businesses, such as Shanghai Disneyland, are just beginning to restart operations at a greatly reduced capacity. Also, Chinese consumer spending declined again last month.
Clouding every economic forecast is uncertainty over the pandemic's course, other countries have seen renewed outbreaks as they have reopened for business. Chinese officials closed down three cities with a combined population of 13 million to quell renewed Covid-19 flare-ups, according to Barclays. (ANI)