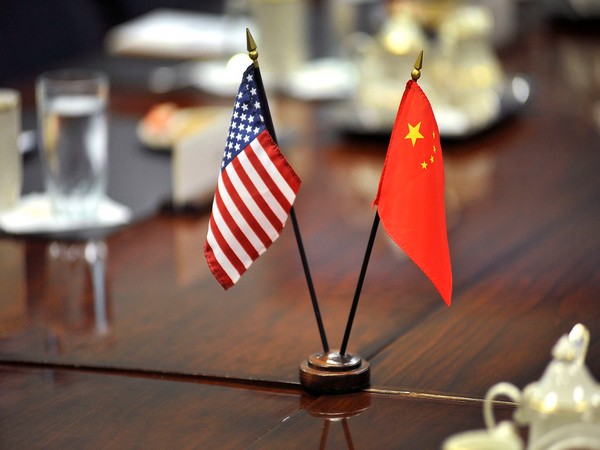 Yangon [Myanmar], July 20 (ANI): The US and Chinese embassies in Myanmar got engaged in a war of words after an American diplomat accused Beijing of eroding Myanmar's sovereignty.
In an op-ed written for US Embassy, Myanmar, Ambassador George N Sibley lashed out at China for aggressively cracking down on the independent democratic spirit of Hong Kong. The US embassy also highlighted that Chinese actions in South China Sea and Hong Kong are part of a "larger pattern to undermine the sovereignty of its neighbours".
Responding to US' remarks, the Chinese embassy accused the US of "outrageously smearing" China and driving a wedge with its South-East Asian neighbours over the contested South China Sea and Hong Kong, as tensions mount between the superpowers.
The Chinese embassy, in the statement, also said that US agencies abroad were doing "disgusting things" to contain China and had shown a "selfish, hypocritical, contemptible and ugly face".
In the op-ed, Sibley related Chinese actions in the South China Sea and Hong Kong with large-scale Chinese investments projects in Myanmar.
The US diplomat said that Beijing has used similar behaviour to intimidate, threaten and undermine Myanmar's sovereignty closer to home.
"Instead of demarcating fisheries, it takes the shape of unregulated banana plantations in Kachin state that thrive on forced labour and damage the environment. Instead of spurious maritime claims, it takes the shape of unregulated investment and corruption in the mining and forestry sectors," he wrote.
"Instead of island-building, it takes the shape of infrastructure projects and special economic zones that pile on debt and cede regulatory control and benefit China far more than they do the people of Myanmar," Sibley said.
The Chinese embassy said that the US "maliciously slandered and discredited" China's large-scale investment projects in Myanmar. It also accused Washington of instigating social organisations to obstruct China's projects in Myanmar, attempting to interfere with China-Myanmar cooperation and instigating relations between the two peoples.
The Chinese mission also warned people that if "American conspiracy succeeds", the people of Myanmar will ultimately suffer the most.
China said that the statement showed a "sour grapes" attitude by the US toward "flourishing China-Myanmar relations" and was "another farce on a global tour by the US authorities to shift the attention on domestic problems and seek selfish political gains".
The online spar comes at a time when US-China relations are at an all-time low. Ties between the two countries soured on a variety of issues including human rights violations in Xinjiang, Hong Kong national security law and coronavirus. (ANI)