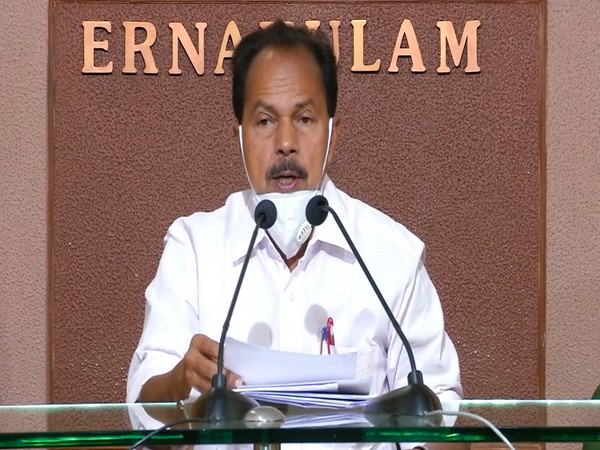 Kochi (Kerala) [India], July 19 (ANI): Hitting out at Kerala Chief Minister Pinarayi Vijayan, Congress leader PT Thomas on Saturday asked for an investigation in the "unholy relationship" between the former's daughter's company and PricewaterhouseCoopers (PwC).
''The unholy relationship between PwC and Exalogic Solutions, which is the company of Chief Minister Pinarayi Vijayan's daughter (Veen Vijayan), should be investigated. The incidents related to Swapna Suresh prove that the Chief Minister was very supportive of Sivasankar's (former principal secretary to CMO) illegal activities due to excessive affection to his daughter," Thomas said at a press conference on Saturday.
"Jaik Balakumar, who is the consultant of Exalogic Solutions is also the director of PwC. This is a mystery. Exalogic is not giving salary to Jaik according to the information received from Union corporate ministry. But the Chief Minister has been giving lots of consultancy to Jaik's PWC, such as Industrial Corridor (Rs 14,000 crore), K Phone (Rs 2,000 crore), E-Bus (Rs 6,000 crore), E-Mobility. The consultancies, which were given to PwC by the government, are worth approximately Rs 25,000 crore," he added.
He also alleged that the Kerala government had declared triple lockdown in Thiruvananthapuram to "hide the files in Secretariat" related to the issue.
Cornering Vijayan, Thomas said: "He is not eligible to continue as Chief Minister as per the Indian Constitution and the constitution of CPM. He has committed nepotism, abuse of power and breach of oath," Thomas said.
A team of the National Investigation Agency (NIA) on Saturday took Swapna Suresh and Sandeep Nair, key accused in the Kerala gold smuggling case, to various locations in Thiruvananthapuram for evidence collection including their residences.
The investigation had found that the accused had managed to book the flat with the help of M Sivasankar, former Principal Secretary to the Chief Minister's Office.
Meanwhile, the NIA has also request Interpol to issue a blue corner notice against Faisal Fareed, another accused in the high-profile case. Earlier, a non-bailable warrant was issued against Fareed by a special NIA court in Kochi.
The matter had come to light after 30 Kg of gold worth Rs 14.82 crore smuggled in a consignment camouflaged as diplomatic baggage was busted by customs in Thiruvananthapuram. (ANI)