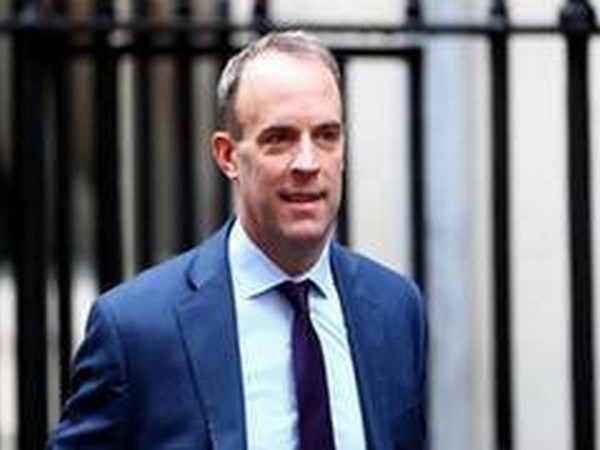 London [UK], July 20 (ANI): The United Kingdom has suspended its extradition treaty with Hong Kong "immediately and indefinitely" over the contentious national security law implemented in the city by mainland China.
Addressing lawmakers, Foreign Secretary Dominic Raab expressed his concerns over the lack of legal and judicial safeguards for citizens living under the security law, CNN reported.
He warned Beijing that "the United Kingdom is watching, and the whole world is watching."
"The imposition of this new national security legislation has significantly changed key assumptions underpinning our extradition treaty arrangements with Hong Kong," Raab said in the UK Parliament on Monday.
"We will not consider reactivating those arrangements unless and until there are clear and robust safeguards which are able to prevent extradition from the UK being misused under the new national security legislation," Raab told the House of Commons.
He said that he is "particularly concerned" about Articles 55 to 59 of the law, which he said gave Chinese authorities the ability to assume jurisdiction over certain cases, and to try those cases in mainland Chinese courts without legal or judicial safeguards.
China's imposition of Hong Kong national security law has been followed by worsening relations between Beijing and London.
The UK said that the new security law which was imposed by China on July 1 breaches agreements made before the 1997 handover of Hong Kong to Chinese rule, and that Beijing is crushing the freedoms that were supposed to remain for at least 50 years.
The UK has already agreed to let up to 3 million Hongkongers with British National (Overseas) passports to relocate there, with a path to British citizenship, citing Beijing's violation of the Sino-British Joint Declaration.
With this, the UK becomes the latest country to cut off the fugitive-transfer arrangement with its former colony.
Canada and Australia have suspended their treaties with Hong Kong. Meanwhile, the United States is expected to announce a similar move next week.
New Zealand also said that it is reassessing the legal instrument as part of a "deliberate, considered review" of its relations with Hong Kong. (ANI)