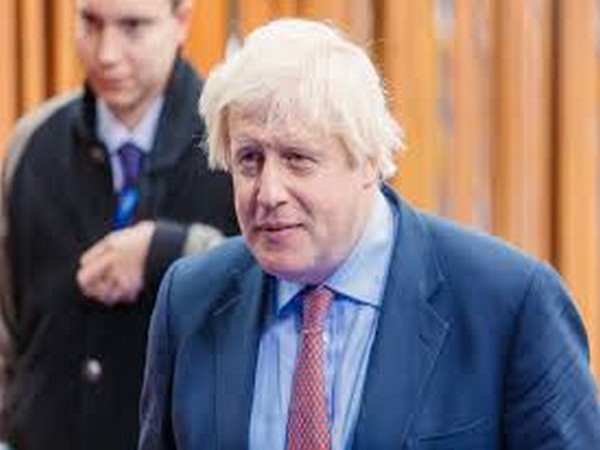 London [UK], August 27 (ANI/Sputnik): UK Prime Minister Boris Johnson said on Wednesday that it is okay to make pupils and staff wear masks in school corridors but not in classrooms, after the government abandoned its advice that children should not wear face coverings in England's secondary schools.
"What we are saying is if you are in a school where there is a 'hotspot' then it probably does make sense in confined areas outside the classroom to use a face covering in the corridor and elsewhere," Johnson said during a visit to a school in the English city of Leicestershire.
He added, however, that it would be "clearly nonsensical" to impose the use masks while the students are in the classroom.
"But not in the classrooms because that is clearly nonsensical -- you cannot teach with face coverings, you cannot expect people to learn with face coverings," Johnson stressed.
The Prime Minister's remarks came after his government made a U-turn on Tuesday evening and announced that secondary school students will have to wear face masks in communal areas and corridors when classes are resumed next week.
The new guidance will only apply for schools located in towns and cities subject to stricter social distancing restrictions because of local coronavirus outbreaks, since the government left its use in the rest of the schools to the discretion of headteachers.
Johnson suggested on Wednesday that the change was influenced by the experience of pupils in Scotland, whose government made the use of face coverings compulsory for secondary school students since classes were resumed two weeks ago.
"What they found (in Scotland) was that it was raining outside, people were coming in and they were congregating in the corridors and the move to face coverings they thought was sensible," he said.
During his visit to the Castle Rock school in Leicestershire, the Prime Minister said the government was following the latest advice from the World Health Organisation, which on August 21 stated that children aged 12 and over should wear a mask under the same conditions as adults, in particular, when they cannot guarantee at least one-metre distance from others and there is widespread transmission in the area. (ANI/Sputnik)

One thought on “UK PM okays wearing masks in school corridors, not in classrooms”