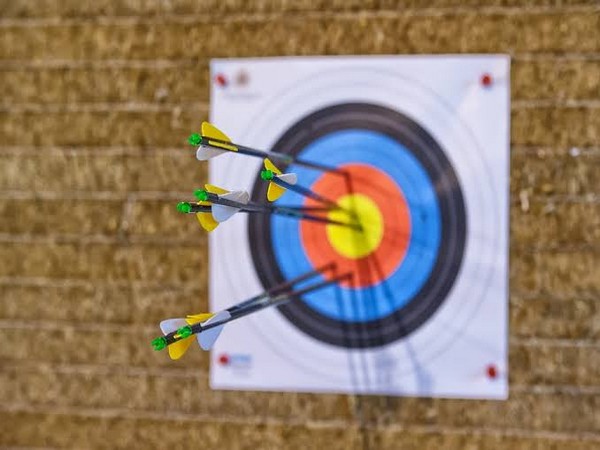 New Delhi [India], Feb 4 (ANI): India's proposal to host the additional shooting and archery events for the 2022 Commonwealth Games (CWG) has been accepted by the British House of Lords.
The proposal was mooted by the National Rifle Association of India (NRAI) president Raninder Singh, along with Union Minister of Sports Kiren Rijiju, and Indian Olympic Association(IOA) president Narinder Batra.
All three were prominently mentioned for their innovative suggestions during the debate on India's offer in the House of Lords.
Last month, the IOA had withdrawn its threat to boycott the Birmingham Commonwealth Games 2022 over shooting's omission and instead decided to submit a formal proposal to host a shooting championship, where the medals won will be counted in the tally of the Games.
On the request of several members in the House, Under Secretary of Sports (DSCM) Baroness Barran made a statement that steps would be taken to ensure that the Indian proposal for the shooting is accepted with full medal recognition by the Board of the Commonwealth Games Federation (CGF) at its meeting on February 20-21.
Moynahan and Karan Bilimoria described India's offer as a "unique, innovative and path-breaking solution, that in keeping with the vision statement of the CGF, has manifested itself in such a manner that now affords greater flexibility, inclusiveness and an infinitely more cost-effective methodology to delivering the games in the future."
Bilimoria described India's proposal as an example of a member of the Commonwealth family coming forward to assist in providing a solution to the issue of shooting and archery being proposed to be held in Delhi or Chandigarh.

He congratulated Rijiju, Batra, and Raninder Singh for proposing such an innovative solution and the CWG president Louise Martin and its CEO David Grevemberg for reaching out and accepting to examine such a proposal in a most thorough and constructive manner.
In her summation address, Baroness Barran, the Parliamentary Under Secretary of State for Digital, Culture, Media and Sport (conservative), said "the government welcomes the Indian Olympic Associations statement on confirming that India will take part in the games. The government also welcomes the proposal from India to the CGF for additional events in the sports of shooting and Archery and the CGF is currently discussing this proposal with its membership and following this will inform India of its decision".
Upon an intervention by Bilimoria in "thanking the government for its support to India hosting the events of shooting and archery and his lordship asking the Under Secretary if she could confirm that the government would ensure that in future versions the CWG shooting would be made a compulsory sport instead of an optional one?," the minister replied that "She would be happy to pass that on to the minister of sports in the other place (house of commons) so that he could send a detailed reply to the noble Lord's suggestion, and that in fact the minister of sport was at this very time, while we sit or stand here, meeting with the CGF discussing that very point and all of the costs for that event shall be met by the Indian Olympic Association." (ANI)