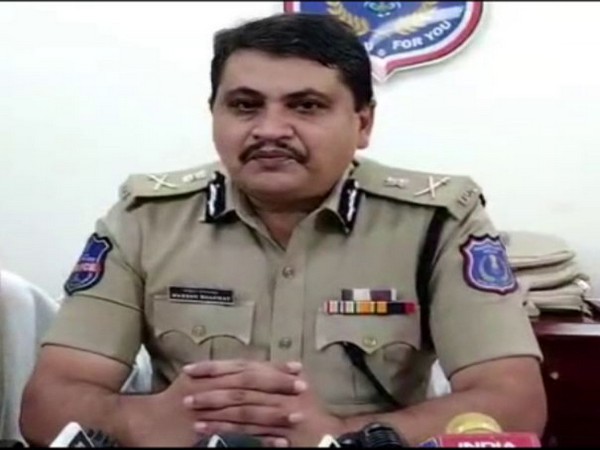 Rangareddy (Telangana) [India], January 13 (ANI): Two persons, including a Chinese national, have been arrested in a loan app fraud here, police said on Wednesday.
The arrested persons have been identified as HE Jian aka Mark, a Chinese national and Vivek Kumar.
Mahesh Bhagwat, Commissioner of Police, Rachakonda Commissionerate stated that the police arrested them in continuation of investigation regarding the Instant Loan Apps fraud case and based on the confession of previous arrested three accused persons operating call centres for providing services to four Instant Loan Apps companies.
The accused persons who confessed that lead to the arrest of one Chinese and one Indian National are -- Parusha Ram Lahu Takwe Director of Jia Liang infotech pvt ltd, Pune, Liang tian tian (Chinese woman) wife of Parusharam Lahu Takwe who monitors the staff/employees, and Aquib Shaik age, HR manager Jiya Liang Infotech Pvt Ltd, Pune.
Bhagwat said that they were operating a call centre at Pune for providing services to four Mumbai based Instant Loan Apps companies--Ajaya Solutions Pvt Ltd, Bienance information technology Pvt Ltd, Epoch Go Credit Solutions Pvt. Ltd GB Road and Truthigh Finetech pvt ltd.
The Police commissioner said that the accused HE. Jian came to India in July 2019 on a business Visa and joined as a representative on behalf of Chinese nationals Xu Nan, Xu Xinchang and Zhao Qiao who are the Directors of four Microfinance loan apps companies based in Mumbai.
Vivek Kumar, the accountant of Ajaya Solutions and Epoch Go Credit Solutions was also arrested, he said.
"Their companies were providing Instant Online microloans with high rate of interests to the borrowers through 'online loan apps'. In the initial stage they run the call centres at Thane to recover the loan amounts after that they made an agreement with Jia Liang infotech pvt ltd, Pune, to recover the loan amounts from the borrowers. The companies do not have any valid licenses registered with the RBI to run the NBFC business based on Online applications," Bhagwat said during a press conference here.
"These applications are developed in such a way that on installing these Apps, the lenders get access to the contacts, mobile information and other data on the device of the borrowers. After one week of sanctioning the loan, the customer data they provide to their tie upped call Centre Jia Liang infotech pvt ltd, for calling the borrowers for the repayment the loan dues. If any borrower neither responded nor paid, they issued instructions to the call center to start abusing borrowers and threaten them to repay the due amounts through phone calls," he added.
As per their instructions, the call centre staff were making calls to the borrowers and their relatives, friends and insisting them to repay the loan amounts along with abnormal interest added by the company, the Police Commissioner stated.
"If anyone not cleared the dues even repeated calls, as per their instructions the call centre staff created Whatsapp groups with the contact numbers of the borrowers and post borrower's photos, ID proofs, fake legal notices, and also abusive comments and voice messages to that Whatsapp group as the borrower is a defaulter," he said.
He added, On reliable information, a special team lead by Inspectors B. Prakash and Vijaykumar proceeded to Thane Maharashtra and apprehended the accused persons HE. Jian and Vivek Kumar, produced before the local Jurisdictional Court, Thane and brought to Hyderabad on transit warrant. The police have feezed bank accounts of the instant loan companies holding Rs 30 Crores. (ANI)

Afghanistan to receive 500,000 doses of COVID-19 vaccines from India soon

US flexing its muscles by deploying military in South China Sea: China