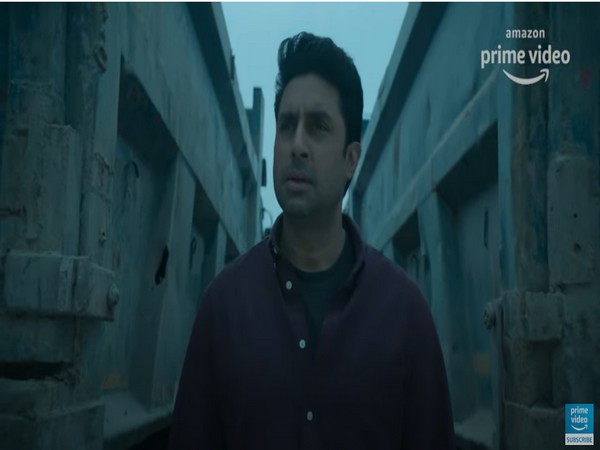 New Delhi [India], June 11 (ANI): Twitterverse is exploding with comments as actor Abhishek Bachchan's debut web series "Breathe Into The Shadows" is out on the online video streaming platform Amazon Prime Video.
The web series, upon its release on Friday, is receiving a positive response from the netizens, especially for the stellar comeback of the 'Guru' actor.
Sharing a character poster of Bachchan from the series, a user tweeted: "@juniorbachchancomes up with a performance of a lifetime. Have always said that you can't keep a good man down for long and he proves it with a TERRIFIC act in a very complex role. He stuns in an act that would be remembered for long. FLAWLESS!"
The web series marks the digital debut of the actor, and hence followers across the country were eagerly waiting to see the 'Dhoom' actor's performance.
Raving his performance in the series, another user tweeted: "A Digital Debut for@juniorbachchanand he hits it out of the park. His acting in the climax is simply outstanding. #amitsadh proves his mettle yet once again and delivers yet another solid performance."
Created and produced by Abundantia Entertainment, the web series also has actors like Nithya Menen, Amit Sadh, and Saiyami Kher in significant roles.
'Kai Po Che' actor, Amit Sadh, plays the role of a senior police officer, Kabir Sawant, in the series. His performance as the curious cop has also garnered much attention among the netizens.
"I have always loved his work (Amit Sadh) @TheAmitSadh. But I would say he has stolen the show. Looks he worked really hard on his body...It was amazing," wrote a Twitter user.
While another user wrote: "#AmitSadh gives an outstanding performance, @juniorbachchanmakes a solid entry into the web series world, every time."
Netizens also praised the female actors in the series, including main star Nithiya Menen, for their strong performance.
"One of the rare web series where women actually have a lot to deliver and actually make a worthy contribution.@MenenNithyais present from start to finish while @SaiyamiKhershows yet again that there is so much she has to offer. Both are lovely!" tweeted a user.
'OK Kanmani' actor, Menen, is seen alongside Bachchan and plays the role of Siya's mother. Siya is a young girl who plays a pivotal role in the series.
However, while many raved the series for its theme and originality, some Twitter users also mentioned that the series did not mark up to their expectations and found it "boring."
"Finished all episodes just now. Not as good as 1st Breathe. Waited eagerly to watch but at last, did not find much to recommend others to watch. Director stretched it too much at the cost of the interest of viewers. Hope third season will live up expectation," wrote a user.
The series shows an ordeal of parents, played by Abhishek Bachchan and Nithiya Menen, who are connecting bits and pieces of a thread to find their daughter, Siya Sabharwal, who has gone missing for three months. (ANI)