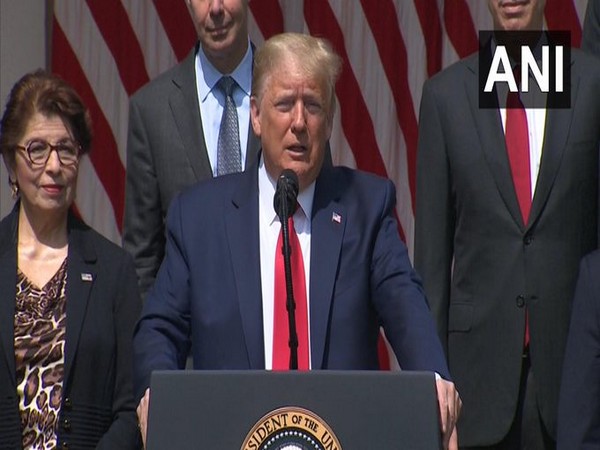 Washington DC [US], November 5 (ANI): Microblogging website Twitter on Wednesday flagged US President Donald Trump's three more posts for being "potentially misleading", in which he accused his political rivals Democrats of manipulating the election results.
"Some or all of the content shared in this tweet is disputed and might be misleading about an election or other civic process," Twitter said as it covered the text of the messages with a warning of misleading content.
This came after Trump complained in one of his tweets that in many US states - almost all of which are controlled by the Democrats - his solid lead started to disappear after "surprise ballot dumps were counted".
Trump, in a subsequent tweet, said the Democrats are working hard to make up his 500,000 vote lead in Pennsylvania disappear, adding that similar things are happing in Michigan and other states.
On Tuesday, Twitter had flagged off trump's tweet accusing the Democrats of "stealing the election" and claimed it to be "disputed and potentially misleading".
In his tweet, Trump had said: "We are up BIG, but they are trying to STEAL the Election. We will never let them do it. Votes cannot be cast after the Polls are closed!" "I will be making a statement tonight. A big WIN!" he said.
The US presidential election has turned into a nail-biting battle as Democratic nominee Biden is ahead of Trump in Electoral College votes, having 237 votes to the Republican incumbent's 213.
The mail-in ballots could take days to be counted, delaying the election results. (ANI)