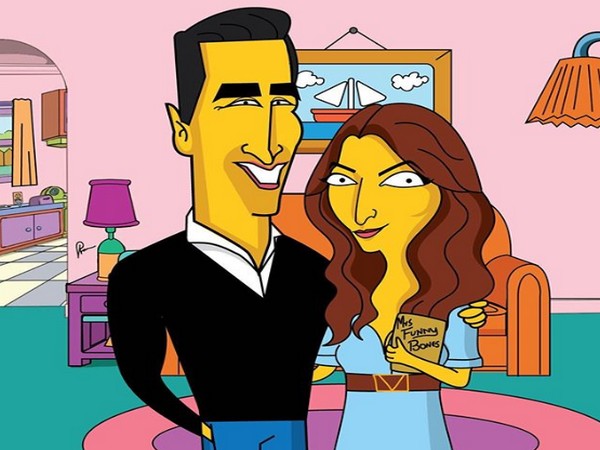 New Delhi [India], April 15 (ANI): Keeping up with the new fun of Bollywood, actor Twinkle Khanna on Wednesday shared a picture featuring her and husband Akshay Kumar as 'The Simpsons' characters.
The 46-year-old took to Instagram to share the picture, in which the duo is seen standing and exchanging smiles. The other attraction in the picture is a book she is holding, in which it is written 'Mrs. Funnybones.' 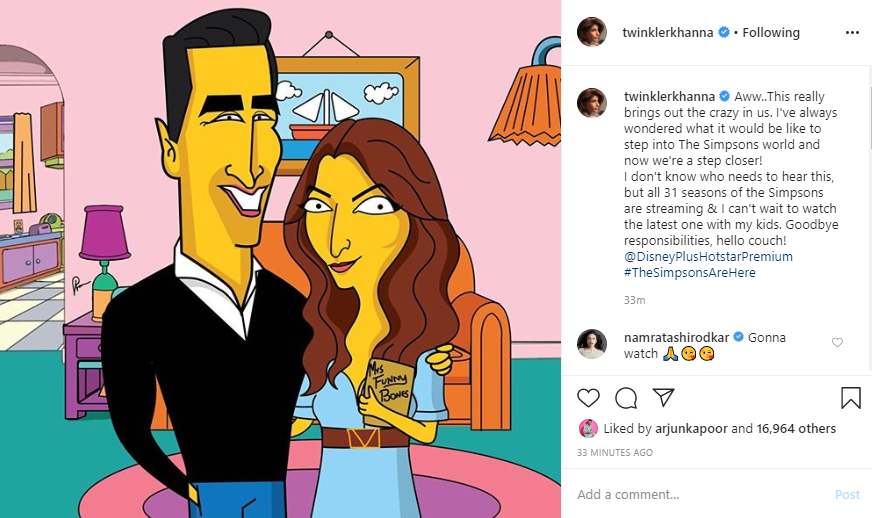 Taking to the captions, the 'Baadshah' actor wrote: "Aww...This really brings out the crazy in us. I've always wondered what it would be like to step into The Simpsons world and now we're a step closer!"
She wrapped up the post by expressing excitement about the upcoming new season of the popular sitcom and wrote: "I don't know who needs to hear this, but all 31 seasons of the Simpsons are streaming & I can't wait to watch the latest one with my kids. Goodbye responsibilities, hello couch!"
Earlier on Wednesday, the Bollywood brother-sister duo -- Arjun Kapoor and Anshula Kapoor -- too shared a cartoon picture of them and said that they are eagerly waiting for the new season of the sitcom.
In their post, Kapoor compared himself to Bart Simpson and his sister to Lisa Simpson.
The string was then later followed by Bollywood couple Ayushmann Khurrana with wife Tahira Kashyap, who also posted their cartoon illustrations as 'The Simpsons' characters and said they "sure are crazy" about the popular sitcom.
'The Simpsons' is an acclaimed American sitcom revolving around the lives of the Simpson family. (ANI)