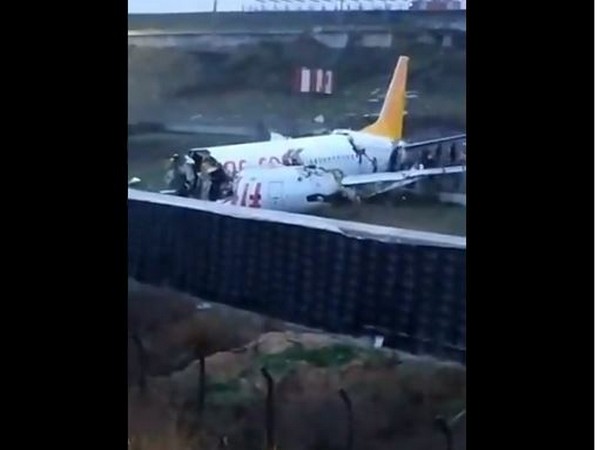 Istanbul [Turkey], Feb 5 (ANI) A commercial flight with 177 people skidded off the runway and appeared to have broken into two while landing at the Istanbul Sabiha Gokcen airport on Wednesday, CNN reported. No fatalities have been reported yet.
According to the TV footage on Turkish local media, the plane has separated from its fuselage.
The passengers are being evacuated, several people have been injured, CNN reported. The Pegasus Airlines plane was carrying 177 people, according to the Turkish Transportation Ministry.
Sputnik reported that 21 people have been hospitalised with injuries.
The plane caught fire after landing and ambulances and rescue teams have been dispatched to rescue passengers. (ANI)