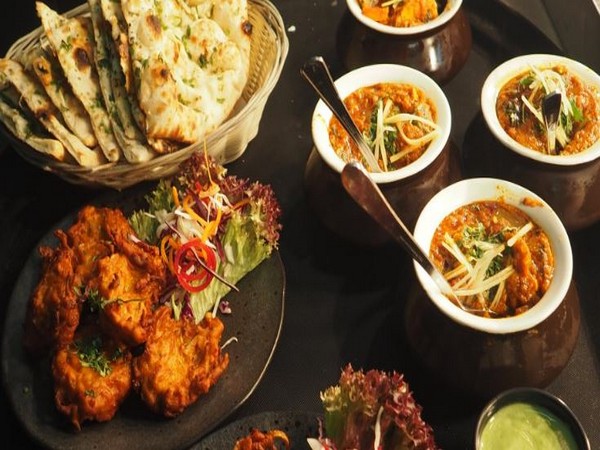 New Delhi [India], January 3 (ANI): As the winter season is intensifying the degree of its icy-cold temperature, the need for warmth and comfort food is increasing.
So treat yourself with these easy to cook luscious dishes this winter that will also keep you warm.
Steak Tomatina balls:- Take 2-3 tablespoon of oil in a pan. Fry fresh and evenly cut steak in it. After frying, put the steak out. In the same pan, cook onion and garlic until they get golden brown. Put the already fried steak in it.
Add cornflour to the mixture. Pour salt, pepper, red chilly and other spices of your taste. Now add the magic ingredient that is red wine (half the quantity of steak) in the pan. Mix and cook well.
Add 3-4 tomato's puree to the mixture and cook until the gravy gets a thick texture. Put the mixture aside. In a bowl, take 3-4 mashed boiled potatoes and add salt, chopped green chilly, red chilli powder in it (all as per your taste).
Make small balls from the mixture. The second magic ingredient to add is small cubes of Cheddar cheese inside the potato balls. Take a baking tray and evenly spread the thick gravy on it. Put the cheese potato balls in a stroke on the gravy paste. Bake the same for 20 minutes in an oven. Serve hot. (To add more taste, serve with tomato ketchup sauce).
Veg Tortilla wrap:- To prepare the marination, slice five mixed peppers (red, green, yellow), three onions, four soya bean sticks in a baking tray. Put fajita seasoning spice with olive oil on the mixture. Bake the same for 25 minutes in the oven. In another tray, brush 1 tablespoon melted butter and place approx nine tortillas to cover the whole tray. Add the already prepared mixture on the pieces of tortillas with grated cheese and spicy Doritos chips. Cover the same with other tortillas to wrap the whole mixture. Bake the same for 20 minutes.
To prepare the dip, take a 100 gms fresh cream, 50 gms mayonnaise in a bowl, now put fajita seasoning, 1 tablespoon lime juice, 1 tablespoon honey and evenly cut jalapenos in the paste. Mix it well and here is your delicious sour dip.
Butter chicken, stuffed naan:- To prepare the marination, take fresh and natural yoghurt in a bowl. Take minced garlic, red chilly, salt, chopped green chilly and lemon juice and add it in the yoghurt. Now marinade three chicken breasts in the mixture for 20 minutes.
In a jar, take 1 cup warm water; add 1 tablespoon of sugar and half tablespoon activated yeast and five tablespoons yoghurt in it. Let it rest for 15 minutes. Take bread flour and add melted butter and salt (as per your taste) in it. Make dough from the same after adding the activated yeast mixture in it. Let it rest for 30 minutes. Till then take the marinated chicken and bake it for 15 minutes.
In a pan, prepare the same gravy as you did for the first recipe with extra tomato puree in it. The magic ingredient is the addition of half cup heavy cream in it. Now add the evenly cut marinated chicken breasts in it. Roll out a plain base for naan and stuff it with the prepared gravy mixture and grated cheese. Bake the same for 20 minutes in an over. Serve hot. (ANI)