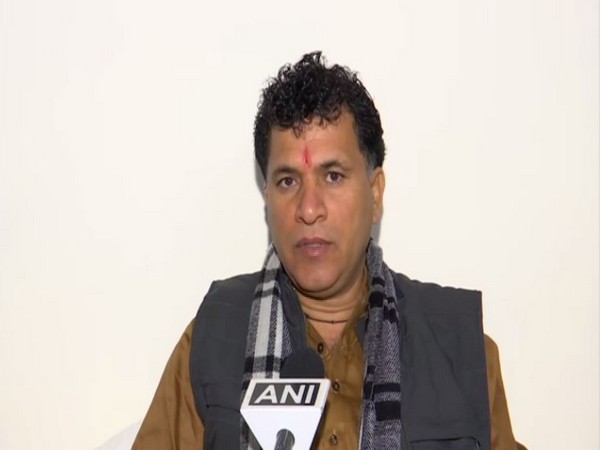 New Delhi [India], January 13 (ANI): A day after the Supreme Court stayed the implementation of the three agriculture laws, Union Minister of State for Agriculture Kailash Choudhary on Wednesday appealed to farmers to try new laws stating that they can be amended further.
Speaking to ANI, he urged farmers protesting against these laws, which have been termed as "historical reforms" in agriculture by the government, to trust the Supreme Court-mandated committee.
"They can try it for some time and if they don't like it we can further amend these laws. Otherwise, people believe that their agitation has become a politics-driven movement. I appeal not to be a puppet and come before the Supreme Court committee to resolve the issues," said the minister.

Responding to allegations levelled by farmers on the committee for being pro-government, Choudhary asked: "Who do the farmers trust, if not the Supreme Court?"
"They don't trust the government, neither do they trust Supreme Court or farmers who trust these laws...so who do they trust? They need to trust and I, with folded hands, appeal to them to come to the discussion table. Are they saying they don't want the Swaminathan Committee or their demand for freedom to sell anywhere was not right? if old policies were so good why are farmers still poor and committing suicides?" he asked.
Choudhary welcomed the Supreme Court's decision and reiterated that the three laws are for farmers' welfare.
"We welcome the Supreme Court's decision. It is accepted by all. The committee formed by the Supreme Court will seek suggestions and then conclude. Being adamant will not help. There are crores of farmers who are extending support to our laws," he said.
"Farmers should put their issues forward only then those can be resolved. Yes and no, won't be able to solve the problem. I hope farmers will understand. Farmers should accept the Supreme Court decision," the minister added.
The Supreme Court on Tuesday stayed the implementation of three farm laws and asked the committee formed by it concerning the three farm laws to submit its report within two months.
The apex court also expressed hope that the farmers' protests will be called off after it stayed the operation of the new farm laws.
Several rounds of talks were held between farmers and the government but all of them remained inconclusive. (ANI)

Disappointing to not play cricket because of soggy grass: Langer

US led the world in exposing ‘horrific’ abuses in Xinjiang, says Pompeo