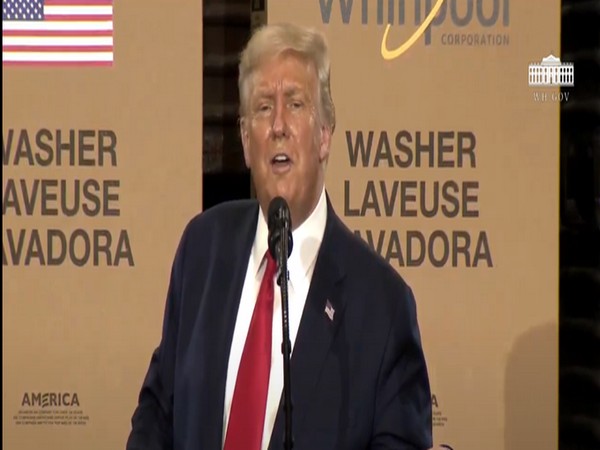 Washington DC [USA], Aug 7 (ANI): United States President Donald Trump signed two executive orders on Thursday halting all transactions with Chinese company ByteDance, the parent company of TikTok as well as messaging app WeChat within 45 days citing national security concerns.
Trump said that the spread in the United States of mobile applications developed and owned by companies in the People's Republic of China "continues to threaten the national security, foreign policy, and economy of the United States". He also noted in his order that India has already blocked TikTok among other Chinese apps.
"At this time, action must be taken to address the threat posed by one mobile application in particular, TikTok," he said.
"Any transaction by any person, or with respect to any property, subject to the jurisdiction of the United States, with ByteDance Ltd. (a.k.a. Zijie Tiaodong), Beijing, China, or its subsidiaries, in which any such company has any interest, as identified by the Secretary of Commerce. 45 days after the date of this order, the Secretary shall identify the transactions," the order read.
"Any transaction by a United States person or within the United States that evades or avoids has the purpose of evading or avoiding, causes a violation of, or attempts to violate the prohibition set forth in this order is prohibited," the order added.
A subsequent executive order Trump signed on Thursday banned WeChat, an app owned by China-based tech giant Tencent.
Trump noted in his order that Department of Homeland Security, the Transportation Security Administration and the US Armed Forces have already banned TikTok on government phones.
Earlier on Thursday, The United States Senate on Thursday unanimously passed a bill banning the Chinese-owned video-sharing app TikTok on government devices. Trump had set September 15 as the deadline for TikTok to find a US buyer, failing which he said he will shut down the app in the country.
On Monday, Microsoft had announced its decision to pursue discussions with TikTok's parent company, ByteDance, in a matter of weeks, and in any event, completing these discussions no later than September 15. (ANI)