Skip to content
Home  »  World   »   Trump or Biden: Pakistan looks forward to work with whoever wins US presidential election 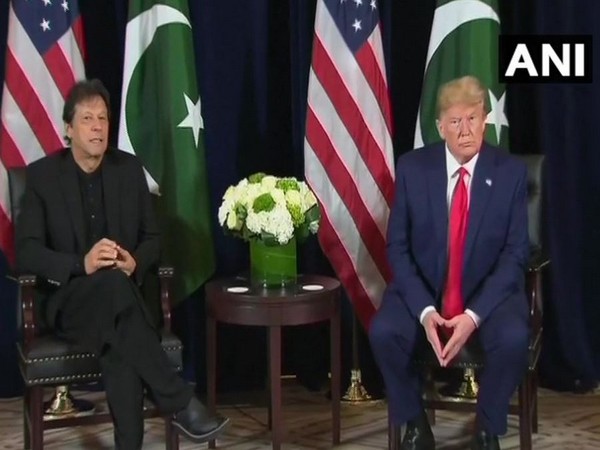 Islamabad [Pakistan], November 5 (ANI): Pakistan's foreign office said it is looking forward to work with whoever -- whether it is former Vice President Joe Biden or incumbent President Donald Trump -- wins the US Presidential Election.
"Pakistan looks forward to working with anyone who wins today," Foreign Office spokesperson Zahid Chaudhri told Arab News on Tuesday and added that the Presidential election was an "internal matter" of the US but "Pakistan conveyed its best wishes to the American public".
Pakistan People's Party Senator Sherry Rehman also former Pakistan ambassador to Washington, claimed that Islamabad had never taken sides in the US elections.
"Every state does business with the other... In this election too, the expectation should pivot on a better understanding of Pakistan's priorities and goals in the region, as well as enhancement of a more stable relationship with the United States both as government and its people," she added.
"The US is among Pakistan's top trading partners... and can do much more to redefine and reset the relationship than Pakistan can," the Senator said further.
These remarks come after an official acknowledgment of the country's role in the Pulwama terror attack was disclosed by Pakistan Federal Minister Fawad Chaudhry. Chaudhry said: "We hit India by entering inside. Our achievement in Pulwama is the achievement of the entire community under the leadership of Imran Khan. You all also have credit (for it)."
While the US has been clear on its stance on terrorism, however, Pakistan has done little to nothing in curbing terrorism in the country. In fact, activists have accused Islamabad for celebrating instead of mourning that they are on the grey list.
"We know that Financial Action Task Force (FATF) has refused to take Pakistan out of the grey list and woh baal baal bache hai (narrowly escaped) from entering the blacklist. They are celebrating that they are in the grey list instead of mourning that they are in the grey list," Amjad Ayub Mirza said.
Pakistan will continue to be on FATF's Grey List with the anti-terror financing watchdog asking it to continue to work on implementing action plan to address its strategic deficiencies including demonstrating that its law enforcement agencies are identifying and investigating the widest range of terrorist financing activity and demonstrating that prosecutions result in effective, proportionate and dissuasive sanctions.
India on Monday took on Pakistan regarding the issue of cross-border terrorism at the United Nations, saying that the world has come to a standstill due to the COVID-19, but Pakistan has continued to "support cross-border terrorism" taking "advantage of the pandemic".
Speaking at the Interactive Dialogue with Special Rapporteur on contemporary forms of racism, and other related intolerance, Indian diplomat Ashish Sharma, said, "While the world has come to a standstill due to the pandemic, but Pakistan has only enhanced support to cross-border terrorism taking advantage of the pandemic."
"Pakistan has resorted to unbridled hate speech trying to foment violence and intolerance in our country. The hate speech by Pakistan is not merely directed towards one community in India but also against organisations, individuals and even against high ranking political leaders," he said.
The US presidential election has turned into a battleground as Democratic candidate Joe Biden is ahead of US President Donald Trump in Electoral college vote, having 253 votes to the Republican incumbent's 213 electoral college votes, according to CNN. (ANI)