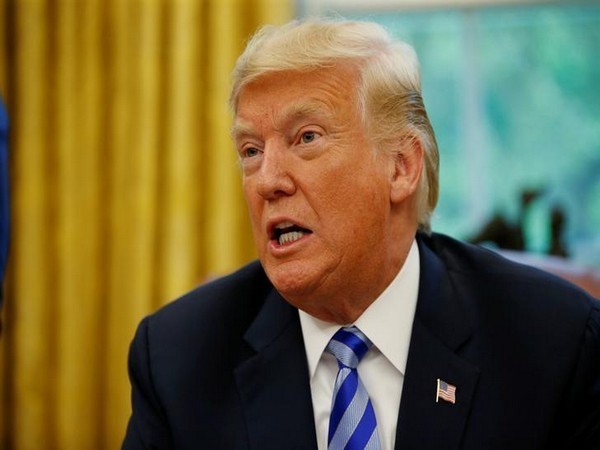 Washington DC [US], October 3 (ANI): US President Donald Trump will be taken to Walter Reed hospital here for COVID-19 treatment, according to CNN.
Earlier on Friday (local time), Trump was reported to be "fatigued" after contracting the infection.
White House physician Sean Conley in an official note had said: "As of this (Friday) afternoon the President remains fatigued but in good spirits. He's being evaluated by a team of experts, and together we'll be making recommendations to the President and First Lady in regards to next best steps."
As per Conley, Trump was given an 8-gram dose of Regeneron's polyclonal antibody cocktail as a precautionary measure.
He further said that the First Lady had a mild cough and headache and the rest of the family was doing well and had tested negative for the virus.
Earlier on Friday, Trump's campaign manager Bill Stepien had informed that all previously scheduled campaign events of the President will temporarily be postponed or moved to a virtual format.
This came after the President and the First Lady on Thursday night announced that they had tested positive for COVID-19. (ANI)