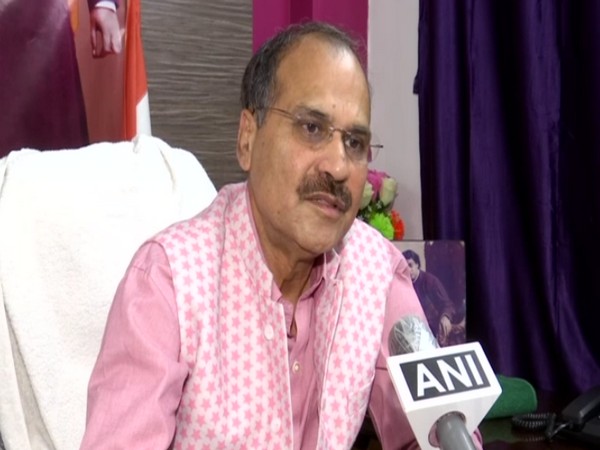 By Syeda Shabana Parveen
Kolkata (West Bengal) [India], February 15 (ANI): Congress MP Adhir Ranjan Chowdhury on Monday said Trinamool Congress (TMC) leaders should join Congress to stop the growth of BJP in West Bengal.
"Why will Congress go and support TMC to stop Bharatiya Janata Party (BJP) in Bengal? Still, there is time. My suggestion to TMC leaders is that they should leave the party and join Congress. And if Mamata seeks forgiveness, we will think over it. Earlier, TMC was an ally of the United Progressive Alliance. Mamata had withdrawn the support later," Chowdhury told ANI.
His comment came in the backdrop of TMC leader Tapas Roy's remark that the Left-Congress alliance does not have the strength to put up a fight against the BJP and it is only Mamata Banerjee who can take them on.
Chowdhury said Banerjee "is not confident of winning the forthcoming assembly elections as she has been losing support base" in West Bengal.
"Mamata is scared of losing her ground. She knows that she will not be able to win the elections. People will not accept her this time," he said.
Referring to 'Maa Kitchen' initiative of Trinamool Congress government, he said she knows there is poverty in Bengal. "Why has she waited for ten years and launched it ahead of polls?" he asked.
Mamta Banerjee on Monday launched 'Maa Kitchen' across the state via video conferencing to provide a nutritious meal at Rs 5.
West Bengal is likely to face assembly elections for 294 seats in April-May this year. (ANI)