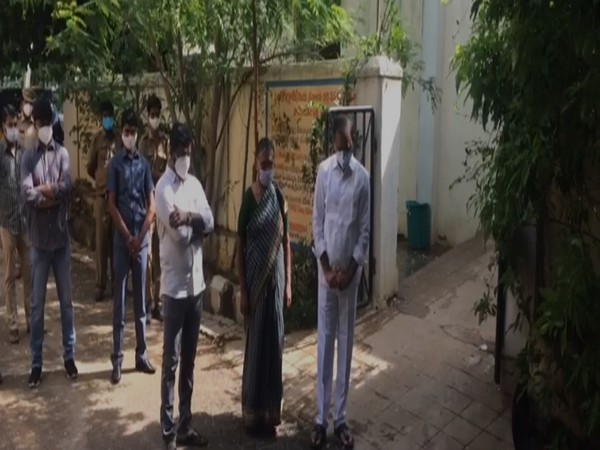 Chittoor (Andhra Pradesh) [India], August 8 (ANI): YSRCP Tirupati MLA Bhumana Karunakar Reddy expressed condolences to four people who died after consuming sanitizer in the Chittoor district.
Reddy on Saturday visited the mortuary of Ruia hospital, where the bodies have been kept.
In the initial investigation, it was revealed that four persons consumed sanitizer because they were unable to afford high-priced liquor, said Tirupati East police.
A case has been filed and further investigation is underway.
MLA Reddy said, "It is heartrending to know that four persons died of consuming sanitizer.
"Everyone should understand that it is not alcohol for consumption purpose. I appeal not to consume sanitizers which are meant for the cleansing purposes only," Reddy said.
It is unfortunate that such incidents are recurring in the state despite wide publicity, he added.
As many as 13 people had died after allegedly consuming hand sanitizer in Kurichedu village of Prakasam district on July 31. (ANI)