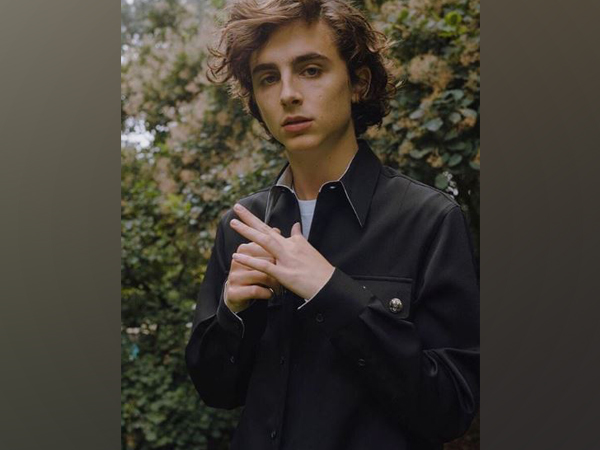 Washington [US], October 15 (ANI): American actor Timothee Chalamet recently opened up about feeling totally humiliated after photos surfaced of his steamy September makeout session with ex-girlfriend Lily-Rose Depp last year.
According to Page Six, the 24-year-old star told GQ in an interview, "I went to bed that night thinking that was one of the best days of my life. I was on this boat all day with someone I really loved, and closing my eyes, I was like, indisputably, 'That was great.'"
But the magic faded when he awoke to find that his intimate moment was caught by photographers.
Chalamet said, "Then waking up to all these pictures, and feeling embarrassed, and looking like a real nob? All pale?"
He added,"And then people are like, 'This is a PR stunt.' A PR stunt?! Do you think I'd want to look like that in front of all of you?"
Chalamet and the 21-year-old actor Depp were first linked as a couple in September 2019.
At the time, Page Six reported the pair were seen locking lips at Tao Downtown in October. But he confirmed they were no longer together when he told British Vogue he was "currently single," in their May issue.
He has since been seen snogging Eiza Gonzalez during a trip to Mexico in June. (ANI)