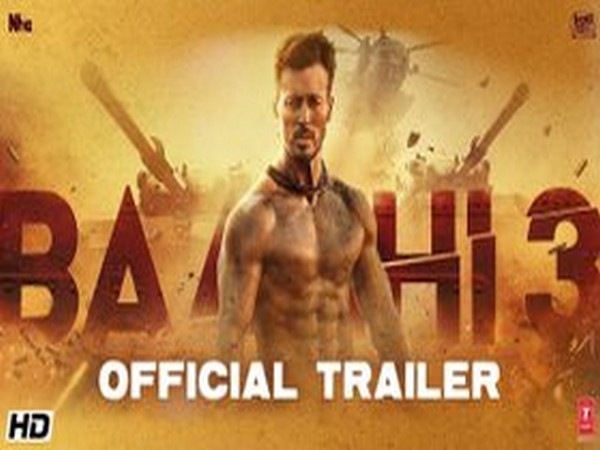 New Delhi [India], Feb 15 (ANI): Enthusing fans ahead of his upcoming action-thriller 'Baaghi 3', Tiger Shroff on Saturday shared a glimpse of the rowdy character 'Ronnie' played by him in the movie.
The 29-year-old actor took to Instagram and shared the power-packed clip along with a caption that reads, "His brother is his superpower and he's ready to fight any battle.
#Baaghi3 releases in cinemas on 6th March 2020."
In the dynamic clip, Ronnie (Tiger) is seen fighting against all odds for his brother Vikram, essayed by Riteish Deshmukh. He is seen showcasing his chiselled body performing some daredevil action sequences.
Shraddha Kapoor also shared the video on Twitter and wrote, "When it comes to his brother, Ronnie is unstoppable! #Baaghi3 releases in cinemas on 6th March 2020. " 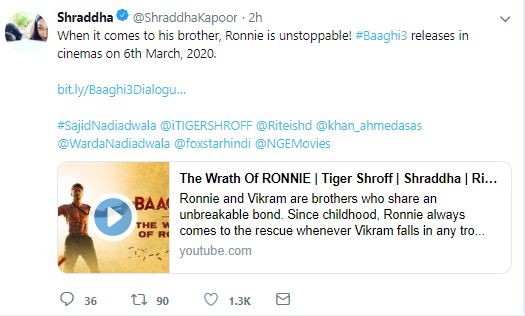 Earlier on Friday, the trailer of 'Baaghi 3' became the most viewed Bollywood trailer in a day as it crossed 59 million views in just 24 hours of its release.
'Baaghi 3' is the third installment of the action-thriller franchise 'Baaghi'. Helmed by Ahmed Khan, and produced by Fox Star Studios India, the flick is expected to release in March 2020. (ANI)