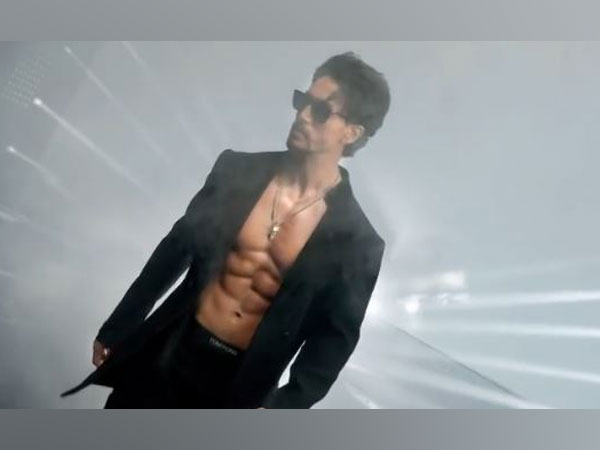 Mumbai (Maharashtra) [India], January 10 (ANI): Bollywood star Tiger Shroff who made his debut with 'Unbelievable' on Sunday released the trailer of his second song, 'Casanova'.
The 'War' star took to Instagram and shared an intriguing glimpse of the upcoming song in which Shroff is seen grooving to the beats.
The teaser of 'Casanova' song presents the 'Heropanti' star in his dancing avatar. Impressing his fans with his phenomenal dance moves and free-flowing body - the music video featuring Shroff is a sight to behold. As he grooves and showcases his chiselled physique, the teaser surely piques the attention of his fans. The song is an upbeat number with catchy beats, that features the star shaking a leg on lit up stage.

Unveiling the trailer of his track, Tiger posted, "'I was a casanovaaa b4 i saw you girlll!' Haha not rly but here's a little preview of my second single [?] hope you all like it full song will be out exclusively on my YouTube channel, Jan 13th. "
The teaser sees the 'Baaghi' star in white and black open coat and same coloured hats and pants. The short clip also showcases Shroff's epic dancing skills and sizzling chemistry with the dancing partner.
With 'Casanova', the actor also donned the hat of a producer. Directed by Punit Malhotra and produced by Qyuki and Tiger the song has been composed by Avitesh.
On the professional front, Tiger is set to entertain his fans with his next three releases that will be released this year. The actor will be seen in 'Baaghi 4', 'Heropanti 2' and 'Ganapat'. (ANI)