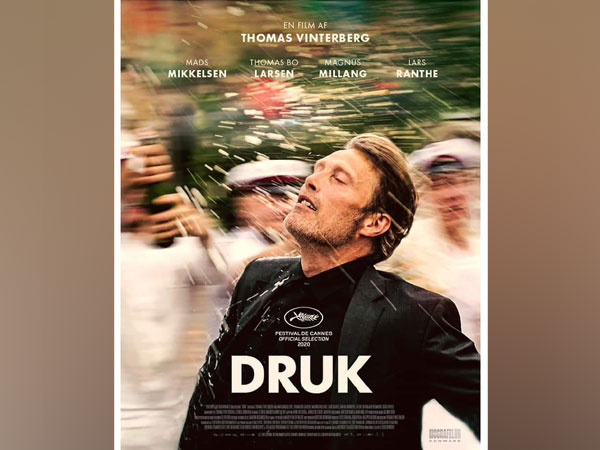 Washington [US], October 19 (ANI): Thomas Vinterberg's movie 'Another Round' won the best film award at this year's BFI London Film Festival.
"Thank you to the audience at the London Film Festival for bringing this award to us. We are very proud to receive this from a British audience; it's a great honor. We are so sad that we can't be there," Danish film director Vinterberg was quoted as saying by Variety.
'Another Round' starring Mads Mikkelsen, won the Audience Award for best film, while 'The Painter and the Thief,' directed by Benjamin Ree won the best documentary, according to Variety.
Tommy Gillard's 'Shuttlecock' received the best short film award and 'To Miss the Ending,' helmed by Anna West and David Callanan, was awarded the best XR/immersive art.
The comedy-drama flick revolves around the story of a tutor, husband, and father named Martin, played by Mikkelsen, who was once brilliant but becomes only a shell of his former life. (ANI)