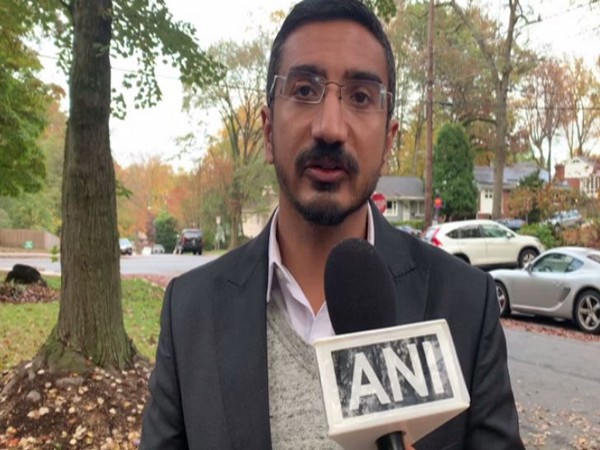 Washington [US], October 27 (ANI): Dhruva Jaishankar, Director of the U.S. Initiative at the New Delhi-based Observer Research Foundation (ORF) on Monday (local time) said that the significance of the third India-US 2+2 Ministerial Dialogue is significant as a number of defence agreements would be signed, most notably BECA.
"The timing (of India-US 2+2 dialogue) is significant as it's the last one before US Presidential election. The significance will be seen in a number of defence agreements signed, most notably BECA," Jaishankar said while exclusively speaking to ANI in Washington.
Jaishankar pointed out that the "greater alignment" of the two countries -- India and the United States -- has "to some extent" got to do with China and its aggression in the Indo-Pacific region but both countries share a vision of a peaceful Indo-Pacific region.
"There's a greater alignment of interest between the US and India, to some part of that has to do with China, it's behaviour that both India and the US are feeling directly. But its not only about China, but there is also a shared view about India-Pacific architecture and the inadequacy of regional institutions. ," he added.
With a focus on regional security cooperation, India and the United States are set to hold the third 2+2 ministerial dialogue on Tuesday during which both the sides will sign a military agreement to expand geospatial information sharing between armed forces of the two countries.
US Secretary of State Mike Pompeo and Defence secretary Mark Esper arrived in New Delhi on Monday for talks with External Affairs Minister S Jaishankar and Defence Minister Rajnath Singh. The timing of the secretaries' visit holds significance as the US is going into the presidential election next week.
The Indian Defence Ministry announced following the meeting between Esper and Singh that "the two Ministers expressed satisfaction that agreement of BECA will be signed during the visit."
External Affairs Minister S Jaishankar and US Secretary of State, Mike Pompeo, also had a meeting on Monday wherein they agreed that US-India Comprehensive Global Strategic Partnership is "critical to the security and prosperity" of both the countries, the Indo-Pacific region and the world. (ANI)