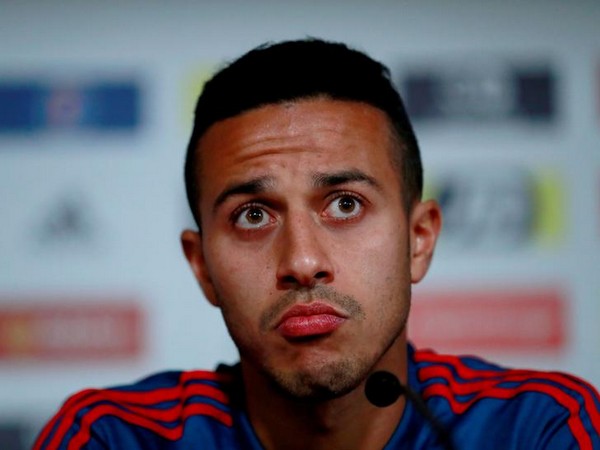 Leeds [UK], Feb 10 (ANI): Bayern Munich's Thiago Alcantara is disappointed over his club's goalless draw against RB Leipzig and said that his team has to win all the home games.
"We didn't play the game that we had to play. We were playing at home and we have to win all of the games which we play here. We played very well in the first half but then we let it go and didn't control the game," Goal.com quoted Alcantara as saying.
Bayern Munich was held to a goalless draw by RB Leipzig in Bundesliga on Sunday at Allianz Arena, Germany. The club still tops the Bundesliga points table with 43 points, only one point ahead of second-placed RB Leipzig.
Alcantara further stated that his club was lacking the energy which was required to dominate their opponent.
"It's not about attack or defence, it's about the team and it's a team game. The energy was not enough to be dominant in the game, we were not in our best mood in the game, that's why we didn't enjoy it," he said.
"The good thing is each game depends on us. That's a good thing. We work a lot to be in the place where we are right now but we have to improve a lot," Alcantara added. (ANI)