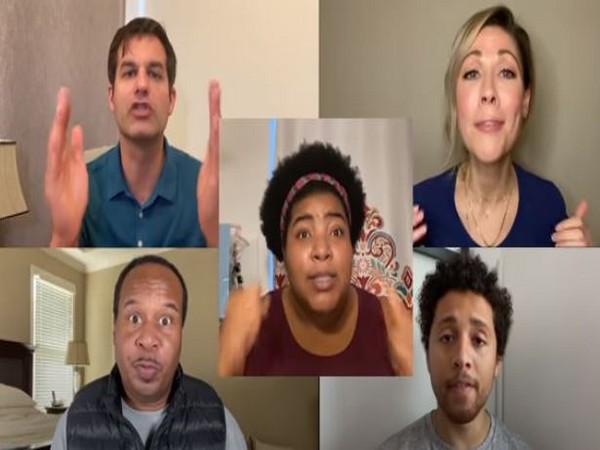 Washington [USA], June 12 (ANI): Trevor Noah's 'The Daily Show' on Friday proposed a solution to the rampant ills prevailing in the US and appealed to Canada to 'invade' the country.
In a video posted in the official YouTube handle of the show, its correspondents, Roy Wood Jr., Jaboukie Young-White, Michael Kosta, Desi Lydic, and Dulce Sloan, addressed the issues happening in the country (America) and has light-heartedly pitched Canada to invade "Us".
They lamented America as a country "in crisis," "ravaged by disease," where "the economy has collapsed" and "soldiers patrol the streets", during the two-minute and 15 seconds long video.
"We are not asking for a donation, we are asking for an invasion," said one of its correspondents as they pitched in Canada to invade "Us" along with others.
The video was released is in the backdrop of violent protests across the US demanding justice for George Floyd, a 46-year-old African-American who died shortly after a police officer knelt on his neck for eight minutes and 46 seconds.
A viral video of the incident sparked violent protests across the country. The county medical examiner ruled his death a homicide and the officer involved, Derek Chauvin, has been charged with second-degree murder. (ANI)