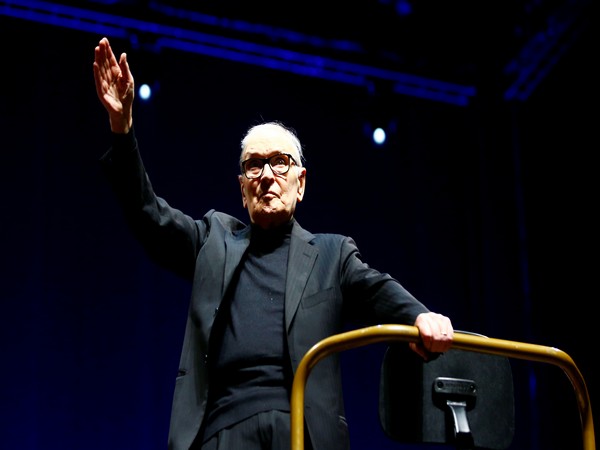 New Delhi [India], July 6 (ANI): Sharing one of his favourite classics by Oscar-winning composer Ennio Morricone, actor-director Farhan Akhtar on Monday mourned the demise of the 91-year-old Italian maestro.
Akhtar took to Twitter to share the link of the audiovisual of Morricone's 'The Mission,' and thanked him for the music.
"RIP #EnnioMorricone Thank you for the music. Sharing one of my favourites from a very long list of incredible film scores that have made so many movies memorable. This one is from 'The Mission'," he tweeted.
The Italian composer, known for 'The Good, the Bad and the Ugly,' and 'The Mission,' died early on Monday.
The 500 scores of films and televisions composed by the Italian maestro over 50 years are believed to constitute a record in the western cinema.
Some of his classics include, 'Once Upon a Time in the West,' and 'Cinema Paradiso' among others.
The composer has received over six nominations for his compositions - 'The Mission,' 'Days of Heaven,' 'Bugsy,' 'Malena,' and, 'The Hateful Eight.' He received the award for Quentin Tarantino's 'The Hateful Eight.'
The ace composer is survived by his wife Maria Travia and their four children. (ANI)