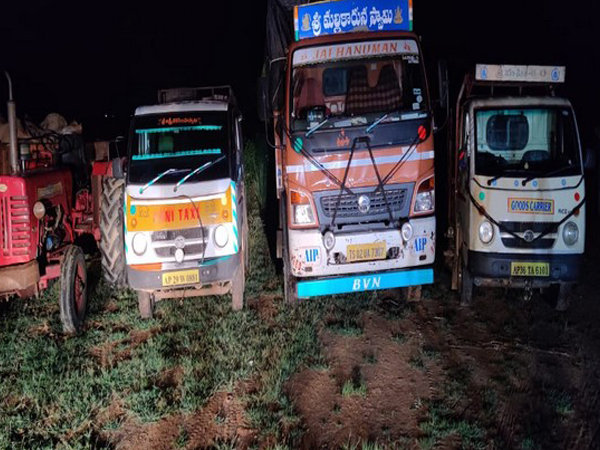 Warangal (Telangana) [India], Aug 13 (ANI): A haul of 100 quintals of illegally procured public distribution system (PDS) rice, being transported to Chhattisgarh and other states was seized at Warangal by Telangana Police on Wednesday.
"The police had credible information that PDS rice was being loaded into a DCM vehicle near a public school in the village of Allibad in the Parakala police station area by Regula Sambayya and Kakkerla Nagraj and others with previous criminal record," Telangana Police said in a statement.
"The task force inspectors named Ram and Nandi went to the area where the PDS rice was being loaded. They found a DCM vehicle numbered TS-02-UA-7307, its driver and about 200 bags of PDS rice. The 200 bags of PDS rice had about 100 quintals of the commodity" it added.
These offenders illegally procured this PDS rice and planned to sell it in Chhattisgarh and other states at higher prices. 200 bags (100 quintals) of rice, one DCM, one tractor, two Tata AC vehicles, cell phones were handed over to the Station House Officer for further probe. (ANI)