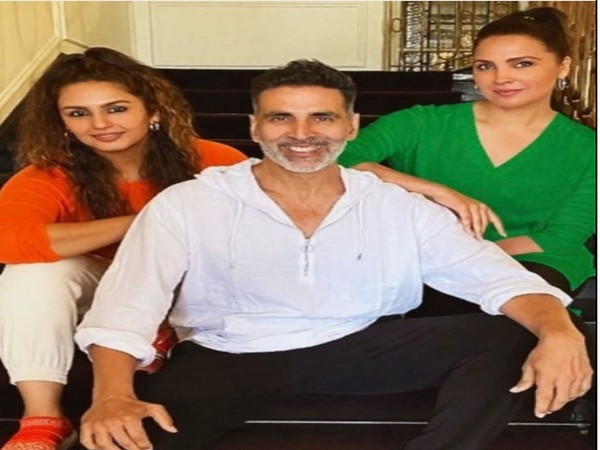 New Delhi [India], Aug 15 (ANI): On the occasion of 74th Independence Day, team of the upcoming film 'Bell Bottom' extended greetings to their fans with a tricolour picture of the cast.
The lead actors of the film, Akshay Kumar, Huma Qureshi, and Lara Bhupati posted their group picture on Instagram.
The picture features Huma seated in the left wearing saffron coloured attire, Akshay seated in the middle wearing a white colour sweatshirt and Lara seated in the right in green coloured attire.
"Happy Independence Day from Team #BellBottom," Akshay wrote in the caption of the picture.
As announced by the 52-year-old actor, the shooting for the film commenced this month.
Directed by Ranjit M Tewari, the movie is slated for release on April 2, 2021. The first poster of the movie was released by Akshay Kumar in November, last year.
The film, set in the 80s, is an original screenplay inspired by true events. Akshay is most likely to essay the story of a spy in the movie.
'Bell Bottom' is produced by Vashu Bhagnani, Jackky Bhagnani, Deepshikha Deshmukh, Monisha Advani, Madhu Bhojwani, and Nikkhil Advani. (ANI)