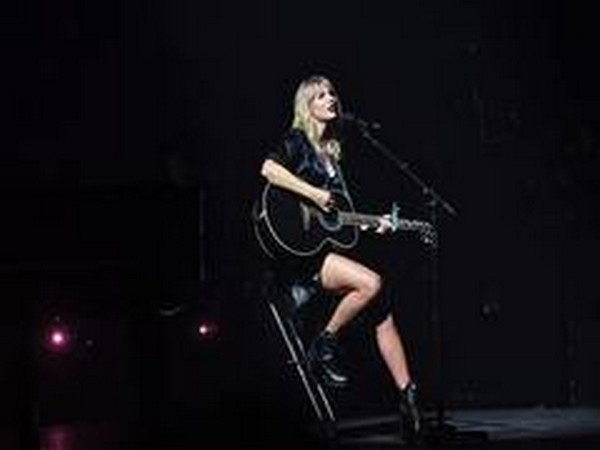 Washington D.C. [USA], April 19 (ANI): Taylor Swift won millions of hearts with her performance of hope at the virtual concert 'One World: Together At Home' where she performed 'Soon You'll Be Better.'
According to E! Online, the Grammy winner musician didn't use words but the lyrics of her song and her music to do the talking while she expressed gratitude towards the frontline workers during the show.
The singer was seen spreading a ray of hope as she sang, "Soon you'll be better, cause you have to."
Over 70 artists and celebrities from across the globe had joined the WHO's initiative of the online concert to thank and celebrate the healthcare workers fighting the pandemic.
Some of the artists that were a part of the show are Elton John, Lizzo, Jennifer Lopez, Lady Gaga, Madonna, Priyanka Chopra, Shah Rukh Khan, Celine Dion, and the Rolling Stone.
According to The Hollywood Reporter, the virtual concert raised over USD 127 million for the relief efforts of COVID-19.
The show was hosted by the most popular hosts Jimmy Kimmel, Jimmy Fallon and Stephen Colbert. (ANI)