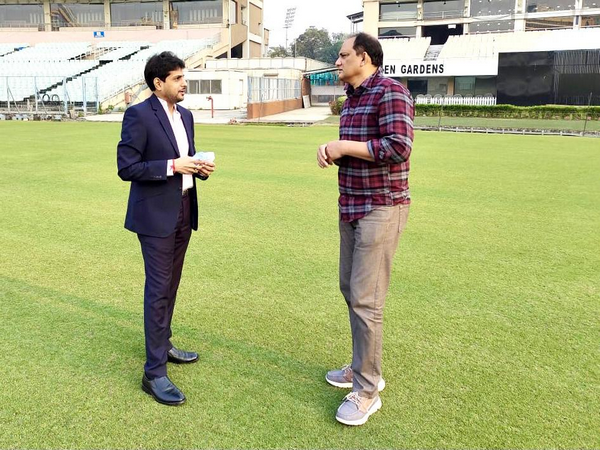 Kolkata (West Bengal) [India], December 20 (ANI): Hyderabad Cricket Association President Mohammed Azharuddin visited Eden Gardens ahead of Syed Mushtaq Ali Trophy.
During the visit, Azharuddin met with the Cricket Association of Bengal (CAB) President Avishek Dalmiya and discussed the logistics and bio-bubble norms.
The Syed Mushtaq Ali Trophy is all set to begin on January 10. Motera Stadium in Ahmedabad will be hosting the knockout matches of the tournament.
The Board of Control for Cricket in India (BCCI) had conveyed to its affiliated units that Motera Stadium in Ahmedabad will be hosting the quarter-finals (Jan 26-27), semi-finals (Jan 29), and the finals (Jan 31) of Syed Mushtaq Ali Trophy.
Bangalore, Kolkata, Vadodara, Indore, and Mumbai have been chosen as the venues for the five Elite groups respectively, while Chennai will be hosting the plate group games.
Karnataka, who won the Syed Mushtaq Ali Trophy last time, will open their title defence against Jammu and Kashmir on January 10.
The BCCI asked all the teams to report at their respective base by January 2 at the team hotel and then they have to undergo quarantine in accordance with the state regulatory authorities.
All players and support staff will be undergoing COVID-19 tests on January 2, 4 and 6, at the respective team hotels and after passing the tests, they can begin with practice sessions from January 8. The teams will assemble in their bio-hubs on January 2 and the final is set to be played on January 31. (ANI)