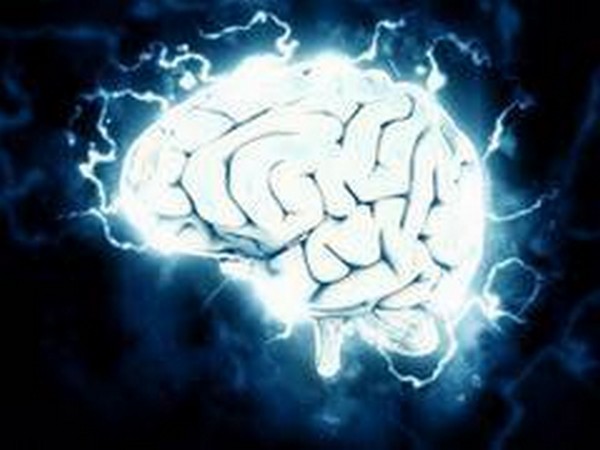 Washington [US], January 24 (ANI): Transcranial Direct Current Stimulation (tDCS), which is a non-invasive way of stimulating the brain over the Wernicke's area, may lead to new assistive neurotechnologies for the rehabilitation of people with cognitive disorders in future, a new study has found.
As per the findings published in the journal, Scientific Reports, during stimulation, the active electrode can transmit a positive or negative electrical charge. In the former case, this stimulation is called 'anodal' while in the latter one it's called 'cathodal'.
Researchers believe that anodal tDCS generally leads to depolarization of neurons, which increases the likelihood of their excitation when new information arrives.
Cathodal tDCS, on the contrary, suppresses the excitability of neurons, which negatively affects neural functions. However, the work of St Petersburg University scientists has shown that in the case of such complex cognitive functions like speech, this is not entirely true.
The researchers conducted the following experiment. Two groups of participants (24 people each) received cathodal or anodal stimulation over Wernicke's area, the part of the cerebral cortex associated with speech perception.
Another group was a control one, in which the subjects received placebo (so-called sham) stimulation which imitates tDCS set-up without delivering actual current to the participant's head.
After that, the subjects studied novel concrete and abstract words, the meaning of which they needed to infer from the context of short stories. Learning effects were assessed at lexical and semantic levels immediately after the training. To attest the so-called memory consolidation effects, known to take place after an overnight sleep, they were also assessed on the next day.
To provide the same conditions for all participants, the scientists had selected very rarely used or outdated concepts (for example an old bag made of oak, birch bark, wood chips) or concepts from other languages for which there was no equivalent in Russian (for example the incomprehensible power of a work of art that deeply touches people). Additionally, the researchers had created novel pseudowords that resembled existing Russian words.
They were created based on real words of the Russian language by changing their final syllables: the first two syllables of the word were preserved and the ultimate segment was changed (for example: 'barbaris' and 'pervenets', i.e. 'barberry' and 'firstborn' were used to create novel pseudoword 'barbanets'). One of the contextual sentences sounded like this: 'Having sensed the characteristic smell, naturalist Gennady understood: there is a barbanets nearby'.
The learning success turned out to be different depending on the type of tDCS and the type of words (abstract/concrete). In the groups with anodal and sham stimulation, the results on abstract semantics acquisition were lower on the second day than on the first one, as may be expected given the natural forgetting.
However, such a decrease was not observed in the cathodal group. Additionally, both stimulation groups were generally more successful in learning than the placebo group. This effect was especially pronounced for abstract semantics after cathodal tDCS.
'Our research has shown that different but overlapping neural mechanisms are involved in the processing of abstract and concrete semantics. We see that the core language areas play a key role in the acquisition of abstract words.
Moreover, cathodal direct current stimulation of these areas makes this process more efficient,' says Diana Kurmakaeva, a research associate at the Laboratory of Behavioural Neurodynamics at St Petersburg University and the first author of the article.
Diana Kurmakaeva noted that the results obtained may in the future be useful for developing rehabilitation techniques for people with speech impairments, for example, after brain injuries or strokes. In some cases, such patients retain the ability to operate concrete concepts but are unable to use abstract ones.
Since this information is processed and stored in different ways in the brain, it is important to know the specific areas and techniques for influencing their activity in order to help people recover from injuries.
The next stage of the research will be to study the influence of different types of tDCS on another core language structure in the human brain - the Broca's area. It is another important speech centre in the human brain and is primarily linked to speech production. (ANI)