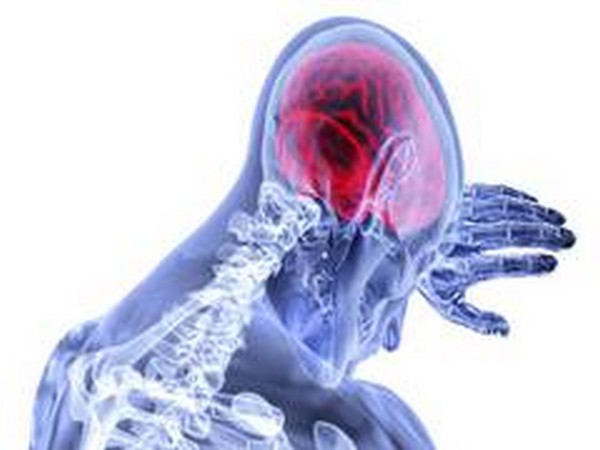 North Carolina [US], February 12 (ANI): A clinical study by researchers of Duke University School of Medicine asserts that individuals who have a gene variant associated with an increased risk of developing Alzheimer's disease also tend to have changes in the fluid around their cerebrum and spinal cord that are discernible years before symptoms arise.
It found that in people who carry the APOE4 gene variant, which is found in roughly 25 percent of the population, the cerebrospinal fluid contains lower levels of certain inflammatory molecules. This raises the possibility that these inflammatory molecules may be collecting in the brain where they may be damaging synapses, rather than floating freely in the cerebrospinal fluid.
The findings, which were published in the Journal of Alzheimer's Disease, provide a potential means to identify the earliest mechanisms occurring among APOE4 carriers that might contribute to Alzheimer's disease before people develop memory problems or other symptoms of dementia.
"Our work suggests a potential role for a long-studied molecule called C-reactive protein (CRP), which is typically elevated when there's inflammation, as a factor in the increased Alzheimer's disease risk seen in APOE4 carriers," said lead author Miles Berger, M.D., Ph.D., associate professor in Duke's Department of Anesthesiology.
Berger and colleagues analyzed data from the targeted cerebrospinal fluid of Alzheimer's Disease Neuroimaging Institute research participants. Controlling for Alzheimer's disease clinical status, they identified protein level variations in the cerebrospinal fluid from people with an increasing number of APOE4 gene variant copies. They found that people with more APOE4 copies had lower CRP levels circulating in their cerebrospinal fluid.
Berger said this is consistent with the current risk profile associated with APOE4 carriers. People with a single APOE4 variant have about a three- to four-fold increased risk of developing Alzheimer's disease, while those who carry two APOE4 variants have a greater than 10-fold risk.
"We found that spinal fluid CRP levels are lower in people with the APOE4 allele before they ever develop dementia or even mild cognitive impairment," Berger said. "This suggests that CRP might be actively involved in damaging synapses. We think CRP is doing this together with a cascade of inflammatory proteins called complement, which sequentially activate each other like a row of dominos falling.
"Altered complement activity has also been found at autopsy in the brains of patients who suffered from Alzheimer's disease, and the complement pathway can both damage synapses and target them for destruction," Berger said. "Our results raise the possibility that processes like these operating over many years and even decades in APOE4 carriers could eventually result in Alzheimer's disease pathology and cognitive decline."
Berger said there are other inflammatory diseases for which CRP can be decreased rather than elevated, notably lupus. He said therapies used to control CRP for conditions such as rheumatoid arthritis and vasculitis might warrant investigation for Alzheimer's disease, but additional studies are needed to further illuminate the Duke team's findings.
"Maybe those with more APOE4 variants have an excessive deletion of synapses throughout life, until it gets to point where the brain can't process information anymore," Berger said. "It would be like taking a book and randomly deleting every 1000th letter. For a while, you could do that and the book would still make sense. But after time, too many letters would be gone and you would lose the information in the book. We think that might be what's happening in the brain." (ANI)