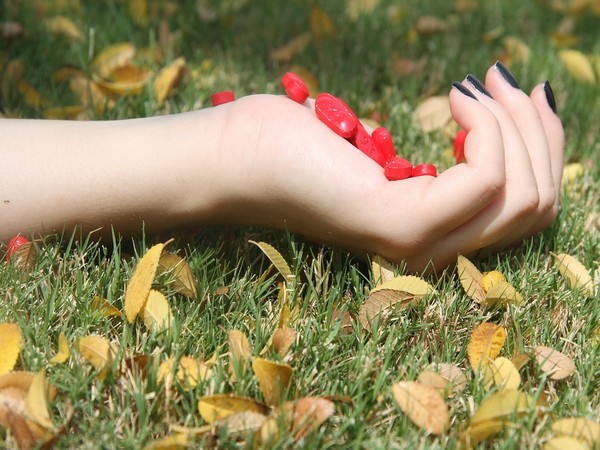 Cambridge [England], February 11 (ANI): A substantial proportion of adolescent mental health and behavioural difficulties can be predicted years before they arise, a new study indicates.
The research, by academics at the University of Cambridge and Royal Holloway, University of London, shows that children who experience certain behavioural challenges, like hyperactivity and anxiety, are more likely to go on to develop poor mental health in adolescence, such as emotional difficulties.
It also finds that children with behavioural difficulties are more likely to experience problems as adolescents if they come from less affluent, or disadvantaged backgrounds.
Levels of adolescent behavioural and mental health difficulties are rising. As healthcare systems worldwide struggle to cope with increasing demand, there is an urgent need to predict which adolescents are most likely to need additional support as early as possible.
The researchers used historical data from more than 6,700 people, collected both when they were 10 and 16 years old. For the first time, this allowed them to plot previously-undocumented connections between a wide range of childhood problems, such as hyperactivity and anxiety, and related but different behavioural difficulties that arise in adolescence.
They combined this information with details about the participants' social and economic backgrounds. Children from wealthier or better-resourced settings were more likely to overcome behavioural problems by the age of 16. Conversely, those from poorer backgrounds were more likely to transition into different difficulties during their teens.
Dr Duncan Astle, from the MRC Cognition and Brain Sciences Unit, University of Cambridge, said: "At present, adolescent behaviour and mental health difficulties are only treated once they become problematic, which is one of the main reasons why mental health services are overwhelmed. Our work shows how we might begin to develop a way to predict the difficulties of some - perhaps many - young people and intervene sooner."
Professor Anna Vignoles, who co-authored the research while based at the Faculty of Education, University of Cambridge, said: "This type of information is essential if we want a more proactive, preventative model of handling behavioural and mental health problems in young people. The more significant predictors we have, the better we can target support."
The historical data came from the British Cohort Study - an ongoing project which is following the lives of the same group of people born during one week in April 1970. It contains details about behavioural difficulties the participants displayed both at 10 and 16 years old, as well as information about their socio-economic circumstances, such as family income, and their parents' level of education. Few other sources offer such rich data on that scale, which is essential to making a robust assessment of how behavioural problems may change during a person's lifetime.
The researchers described each participant in the study at both 10 and 16 using six broad categories of potential behavioural problems: conduct problems, hyperactivity and impulsivity, inattention, emotional control problems, anxiety, and motor problems.
Next, they used a technique called hybrid hierarchical clustering which gathered together groups of similar profiles in a manner designed to offer the most meaningful interpretation of the data possible. In many cases, children fell into the 'no problems' group; some displayed one specific problem; while others presented combined patterns of difficulties (for example, one group of children exhibited a similar pattern of motor, hyperactivity and emotional problems combined).
The profile groups which emerged were very different across the two developmental stages. Hyperactivity, motor control and conduct issues were prominent in childhood; while adolescents were more likely to display problems related to emotional control, anxiety and inattention.
Dr Joe Bathelt, Lecturer at Royal Holloway, University of London, said: "We often assume that behavioural problems stay the same across development; however, our results show that the presentation can change substantially between childhood and adolescence."
The researchers then looked for cases where a larger-than-expected number of children had transitioned from one specific sub-group at age 10 to another aged 16.
Of those who experienced behavioural problems as children, 55% exhibited no difficulties in adolescence. There were, however, several cases of a clear relationship between specific clusters of childhood and adolescent problems. The main patterns that emerged were:
An unexpectedly high percentage of children with anxiety problems (22%) developed emotional problems during adolescence.
Around a quarter (24%) of children with conduct problems displayed 'a constellation of problems' with anxiety, emotion and inattention in adolescence.
Around 17% of children with combined emotion, motor and hyperactivity problems developed inattention problems in adolescence.
When this data was combined with the participants' demographic context the researchers also found that the 55% of children with behavioural problems who had no problems by their mid-teens typically came from wealthier families, with more educated parents who tended to have higher-prestige jobs. They also tended to have higher cognitive ability, pointing to better educational attainment.
In addition, the data showed clearly that children who developed emotional control problems during adolescence were significantly more likely to come from poorer backgrounds, typically had more siblings, and had parents with lower-prestige jobs. (ANI)