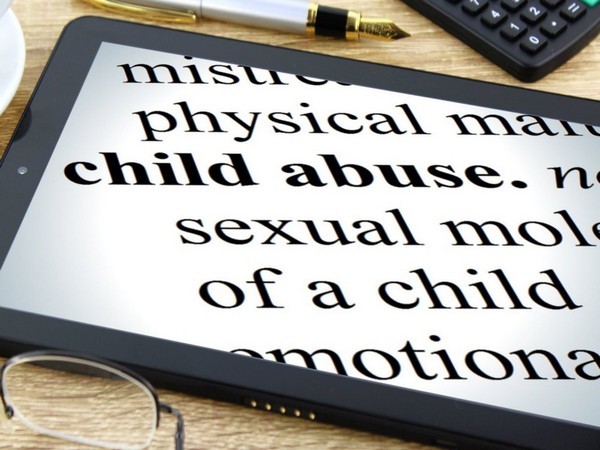 Washington [US], January 14 (ANI): Childhood sexual abuse can lead to depression, anxiety, cardiovascular disease and other health problems later in life.
However, not all abused children experience these problems, and researchers are working to understand whose health is affected and why.
In a new article, published in the journal Psychoneuroendocrinology, a team of researchers led by faculty in Penn State's College of Health and Human Development examined how the production of the stress hormone cortisol differs from childhood to middle age for some women who experienced childhood sexual abuse.
"Previous research has shown that childhood sexual abuse is related to a lot of health issues that are sustained into adulthood," said John Felt, postdoctoral fellow in the Center for Healthy Aging. "But we still need to understand how early-life adversity does or does not become embedded in people's lives. When we understand this, we will be able to do more to promote health among people who have experienced abuse."
Cortisol and health
Cortisol is a hormone that helps regulate blood sugar, metabolism, and humans' "fight or flight" response to stressful situations. Problems with cortisol levels can lead to heart disease, elevated blood pressure, anxiety, digestive issues, and dysregulated immune system response.
The researchers analyzed data from the Female Growth and Development Study, an ongoing, decades-long study of women who were sexually abused as children. The women participate in periodic data collection that includes measurement of their cortisol levels.
Prior research has shown that cortisol levels in people's bodies change across the course of their lives. Typically, cortisol is low in children, increases until early adulthood, and then gradually decreases into old age. Trauma like abuse, however, can impact people's cortisol trajectories throughout their lifespan.
This research demonstrated that some women who experience abuse developed different cortisol trajectories. For these women, cortisol levels peaked at an earlier age than other women and their peak cortisol levels were lower. These profiles, which the researchers refer to as 'blunted,' are associated with many of the health problems mentioned above.
Embedding trauma and epigenetic age acceleration
The researchers found that women who experienced childhood sexual abuse developed blunted cortisol profiles when they also experienced epigenetic age acceleration.
Epigenetic age acceleration is a measurement of how healthy a person's cells are. Epigenetic age acceleration is derived from variation in DNA methylation across the genome and is a measure of biological aging that is not due to chronological aging.
Disrupted cortisol profiles were observed in women who experienced childhood sexual abuse and had accelerated epigenetic aging but were not seen in women who only experienced one of those factors.
Resilience to trauma
The researchers said they believe this line of inquiry eventually will contribute to understanding why some people are resilient to abuse while others experience negative health outcomes.
"Early life trauma can accelerate aging," said Felt. "This is not universal, however. Many people who suffer abuse show amazing resilience mentally and physically. In the future, we hope to unlock the secrets of resilience so that we can develop interventions that put people on the track to good health after they suffer trauma or abuse."
Looking forward
Chad Shenk, associate professor of human development and family studies and paediatrics at Penn State and lead author of this research, said that more work is needed before the impacts of sexual abuse can be truly understood.
"This is a very rich dataset," Shenk said. "Researchers will be gleaning insights from it for years. That said, we already know that experiencing abuse as a child does not sentence a person to suffer adverse health outcomes throughout their life. There is hope, and the more we understand about who experiences later health consequences, the better equipped we will be to support people who have experienced abuse." (ANI)