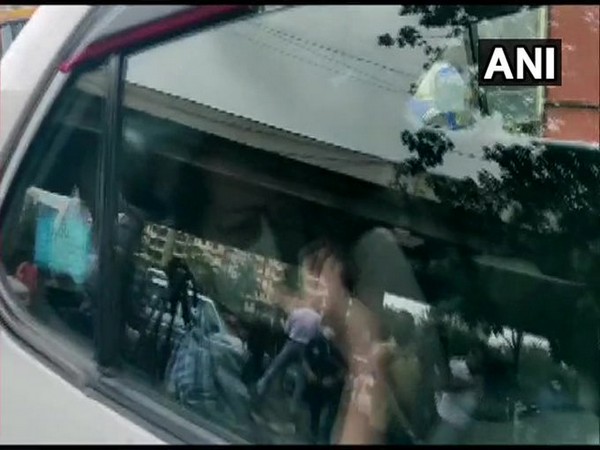 Mumbai (Maharashtra) [India], Aug 24 (ANI): Late actor Sushant Singh Rajput's friend Siddharth Pithani and cook Neeraj on Monday arrived at the DRDO guest house for questioning, where the Central Bureau of Investigation (CBI) team probing the actor's death case, is staying.
Another team of CBI officials has reached the Waterstone Hotel in the Andheri East area to examine the hotel staff regarding Rajput and actor Rhea Chakraborty's stay here in November last year.
As per reports, it was reported that Chakraborty and the late actor were here for his spiritual healing for which the sessions were conducted in November last year.
The CBI team had gone to the hotel on Sunday as well but no one from the hotel management was available.
The CBI investigators on Sunday questioned Neeraj and Pithani.
They later visited the late actor's flat in Bandra along with the two who were questioned.
On Saturday too, the teams of the CBI and the Mumbai Police visited the residence of Rajput as a part of the investigation in the case related to his death.
On August 19, the Supreme Court had asked the probe agency to investigate the case related to the actor's death, while holding that the FIR registered in Patna was legitimate.
The single-judge bench of Justice Hrishikesh Roy had observed that the Bihar government was competent to recommend transferring the case to the CBI. It had also asked the Mumbai Police to hand over all the evidence collected so far in the case to the CBI.
The agency has registered an FIR against Chakraborty and others in connection with the actor's death after the Centre accepted Bihar government's recommendation to transfer the probe in the matter from Patna.
The FIR was registered in Patna on a complaint filed by the actor's father KK Singh under sections related to abetment to suicide.
Rajput was found dead at his residence on June 14. (ANI)