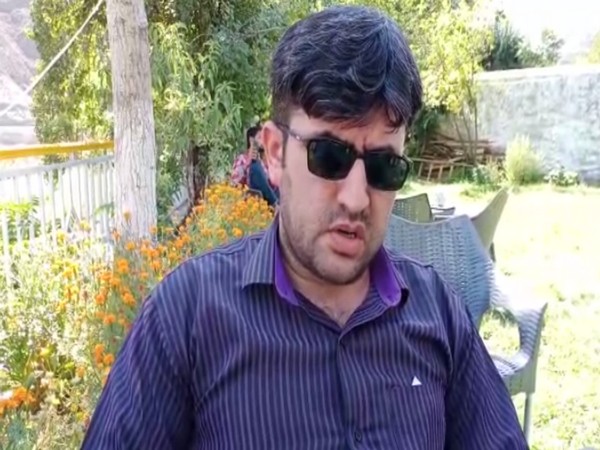 Gilgit [PoK], Aug 29 (ANI): The specially-abled persons in Gilgit Baltistan are suffering due to bureaucratic hurdles in getting education and job quota.
In the region, which remains under Pakistani occupation since 1947, these specially-abled people are fighting with both, the government's discrimination as well as their physical disability.
There is a provision of just two per cent quota for specially-abled people in government jobs but even that is not implemented in true spirit due to rampant corruption.
The top representatives of the Gilgit Baltistan Disability Alliance blame the bureaucracy for their sufferings. They say that it has been in cahoots with the corrupt political class of the region and has been deliberately framing discriminatory policies. In other cases, they accuse it of negligence.
Irshad Kazmi, Information Secretary of Gilgit Baltistan Disability Alliance said, "The main problem here is implementation. Bureaucracy is always against when we talk about the implementation here. Be it the implementation of disability quota or the issue of accessibility, bureaucracy has always acted as a hurdle".
He added, "If we talk about the implementation of the disability quota in Gilgit-Baltistan, then there will be around 45 per cent fake people. If the documents are to be verified by making a Commission, then a number of people will be found who have got a government job by faking disability while the deserving specially-abled candidates are still unemployed and are stumbling here and there."
Time and again, the specially-abled people in the region have protested against the government for failing to protect their rights but all in vain.
Last year, they deceived them by announcing Rs 5 billion under Gilgit Baltistan Chief Minister's Package, which was never really spent on their welfare.
It's not just about the jobs and other benefits; the government has not even bothered to provide them a decent education.
There is only one Special Education Complex in the entire region where the hostel, too, has been occupied by Pakistan's National Accountability Bureau officials.
Kazmi said, "There is the issue of education for the specially-abled, which still continues to persist. At the Special Education Complex in Gilgit, only primary level education is provided and its hostel is still under the control of NAB (National Accountability Bureau). In other districts too, the problem of special education is not given any importance. Around 99 per cent of specially-abled children in Gilgit-Baltistan are still not receiving any education. These all are the genuine problems that the specially-abled people face."
As per the estimates, there are around 80,000 specially-abled people in Gilgit Baltistan, out of which only 15,000 are registered but even they are not provided with the benefits they deserve.
The government continues to show its apathetic attitude towards these people, forcing them to live a life in darkness. (ANI)