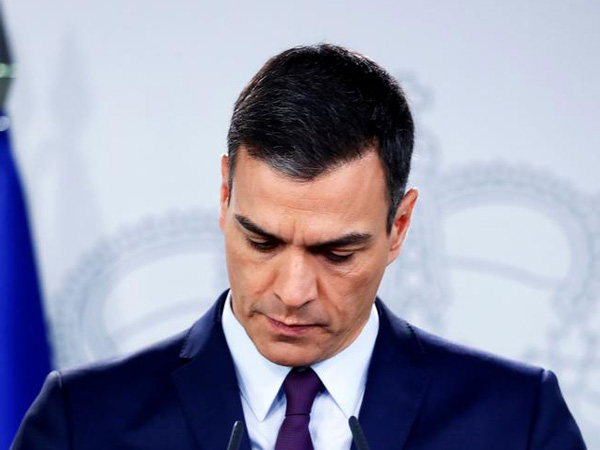 Madrid [Spain], November 1 (ANI/Sputnik): Spanish Prime Minister Pedro Sanchez has condemned violent protests and called for responsible behaviour amid the spread of COVID-19.
"Only from responsibility, unity and sacrifice will we be able to defeat the pandemic that is devastating all countries. Violent and irrational behavior by minority groups is intolerable. It is not the way," Sanchez wrote on Twitter on Saturday.
Earlier on Saturday, violent demonstrators protesting against new coronavirus restrictions attacked police in Barcelona.
The Catalonia police force, Mossos d'Esquadra, said on Twitter on Saturday that the protesters had caused damage to the facade of a municipal building, lit a bonfire with stolen material, threw stones at law enforcement officers and damaged a police vehicle.
In the northern city of Logrono, about 150 protesters threw stones at police officers and set fire to containers, disrupting traffic flow, according to local media reports. At least seven law enforcement officers were injured, six people were detained.
In Madrid, protesters reportedly set up barricades in the main street and threw rocks and other projectiles at police. Demonstrations were also held in other cities across Spain.
On Thursday, the Spanish government approved a six-month extension to the state of alarm declared last Sunday amid rising numbers of coronavirus cases. The Catalan authorities announced a tightening of coronavirus restrictions for 15 days starting Thursday.
On Friday, Spain's Health Ministry reported a daily record high of 25,595 new coronavirus infections. (ANI/Sputnik)