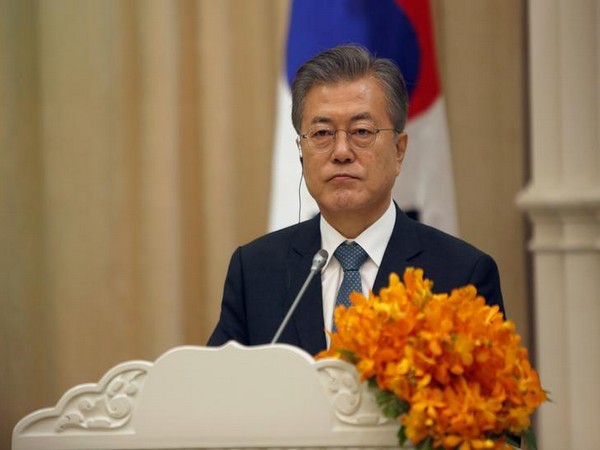 Seoul [South Korea], April 16 (ANI): President Moon Jae-in's governing party -- Democratic Party -- has won a landslide victory in the parliamentary elections, according to preliminary election results released on Thursday.
With 99.3 per cent of the votes for the directly contested seats counted, the National Election Commission (NEC) said the DP took the lead in 163 constituencies across the nation, followed by the conservative United Future Party (UFP) with 84 districts.
The quadrennial elections to fill the 300-member unicameral National Assembly was held on Wednesday. Voters braved the coronavirus scare to practice their franchise.
According to Yonhap News Agency, the ruling party and its satellite Platform Party are forecast to secure 180 seats. The main opposition UFP and its sister party are likely to win 103 posts.
The ruling party succeeded in winning a majority of parliamentary seats for the first time in 16 years.
The once-in-four-years legislative election is widely seen as a referendum on President Moon Jae-in, whose five-year term will end in mid-2022, as well as a test of the country's fight against COVID-19 under his leadership, The Strait Times reported.
South Korea has received international praise for its massive testing capability and other innovative measures, such as drive-through testing and high-tech contact tracing.
Experts, therefore, expect the ruling DP to extend its lead in Parliament, given that the government's handling of the virus outbreak is viewed positively both at home and abroad, as per The Strait Times.
At least 10,564 people in the country have been infected by coronavirus, which has claimed 222 lives. About 2,800 patients are undergoing treatment. (ANI)